Home Economy Blue Origin is selling an auction ticket for a space flight with... 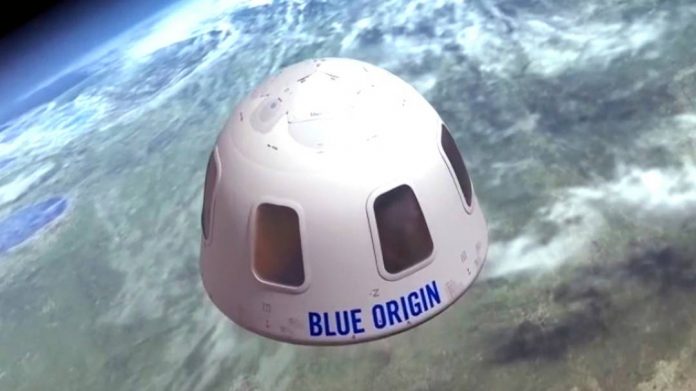 New York. Fortune for a Ten Minute Journey with Jeff Bezos: A seat for the first manned spaceflight of a new Blue Origin space capsule has been auctioned for $28 million. It was not initially clear who the winning bidder in Saturday’s auction was. The flight is scheduled to begin with the “New Shepard” missile on July 20. Amazon chief Jeff Bezos, who founded Blue Origin, wants to take a seat in the capsule with his brother Mark.

After launch, the spacecraft is expected to accelerate to more than 3,700 kilometers per hour within two minutes. Weightlessness should begin after three minutes, before the capsule reaches a height of more than 100 kilometers above the Earth’s surface. For comparison: the ISS flies at an altitude of 400 km above the Earth’s surface. After the flyby, the astronauts are supposed to return to Earth’s atmosphere, and the New Shepard is supposed to land in the Texas desert, where its speed has slowed down with large parachutes.

The auction started on Saturday with a bid of 4.8 million and quickly smashed 20 million in the heavily organized auction. The final bid ended up being $28 million – about 45,000 per second of flight. A total of four people should be seated in the capsule on July 20. The identity of the winning bidder will be revealed in the coming weeks, and a fourth person will be identified.

Blue Origin’s last test is the astronaut’s capsule in mid-April. It reached an altitude of about 105 kilometers before returning to Earth. For the first time, the company’s employees are also training for some of the astronauts’ tasks before takeoff and after landing. However, the actual test flight remained unmanned – the New Shepard never flew with people on board.