Home World Biden Wanted to End It: The US Reactivated Trump’s Asylum Program 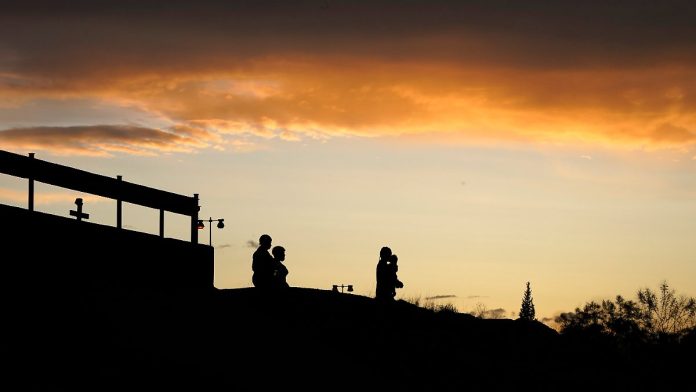 Biden wanted to end it

It’s a thorn in President Biden’s side: the “Stay in Mexico” program designed by his predecessor Trump. Accordingly, asylum seekers from Central America are sent to Mexico until their procedures in the United States are completed. Now he has to reintroduce it anyway.

The US government is reluctantly restarting a controversial program from the era of former President Donald Trump in which asylum seekers from Central America are initially sent back to Mexico. As announced by the US Department of Homeland Security, the policy known as “Stay in Mexico” (German: “Stay in Mexico”) will be implemented again starting next Monday after approval by the Mexican government.

Trump announced the policy, known officially as the “Protocols for the Protection of Immigrants”, in late 2018. Acting on a decree from the then-right-wing populist president, tens of thousands of asylum seekers from South and Central America who had reached the United States through Mexico were sent back to Mexico until asylum procedures were clarified. Their own. Trump’s successor Joe Biden, who promised a more humane immigration and refugee policy during the election campaign, wanted to end this approach. However, after lawsuits from Texas and Missouri, a federal court ordered a restart of the program. Then the US Supreme Court rejected an application by the Biden government in August to overturn that ruling.

In order to be able to return asylum seekers to Mexico from Central America, the US government needed the approval of the government in Mexico City. This approval has now been granted: Mexico has declared that it is ready for “humanitarian and temporary reasons” to accept people who are subject to an ongoing asylum procedure in the USA and not to return them to their countries of origin.

However, the US government has again made clear its rejection of this policy. Homeland Security Secretary Alejandro Mallorcas said the program had serious shortcomings, created inexcusable suffering, removed human resources and other priorities, and did not address the root causes of immigration. The legal battle over “stay in Mexico” continues.