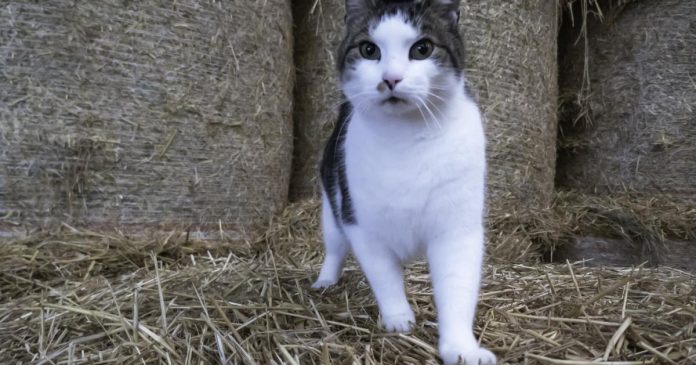 The World Health Organization (WHO) recently classified the outbreak of monkeypox as an “emergency of international concern”. Because while the virus was largely confined to Africa in the past, more and more people around the world are now getting sick with a mostly mild zoonotic disease.

“Monkeypox is actually transmitted from rodents to humans or through sexual contact,” says Katharina Rittle, describing the chain of infection. KURIER’s animal trainer explains how likely four-legged friends and owners are and why related cowpox is more relevant to cats in this country.

Monkeypox is not currently a problem for domestic pets

“It is doubtful whether there is any species in Europe that can be considered a suitable reservoir for monkeypox,” the Federal Research Institute in charge of animal health in Germany recently stated. Rodents are the natural host for the virus, so it is possible to re-transmission to small pets; Other pet species may also be susceptible. So far there are no case studies. “It can only be demonstrated experimentally that rabbits are infected with monkeypox,” German experts say, and advise: “As far as possible, pets should be excluded from the vicinity of patients.”

For the Austrian Agency for Health and Food Safety, the focus is on people’s well-being when it comes to monkeypox virus. AGES lists the greatest risks of infection that come from pets: bites, exudates, drips, urine and feces, as well as smallpox itself and flaking skin.

“Monkeypox is hardly a problem for our pets. On the other hand, cowpox happens every now and then,” says Zoodoc Reitl of Painter Tiergarten Schönbrunn. Cowpox, like monkeypox, belongs to the orthopoxvirus group. Cats are infected mainly in the country – when they pick up infected mice or when they find dead young animals in the hay. There is no cure. However, medications can reduce pain and inflammation. After two weeks, symptoms subside without any action being taken.

“Cowpox transmission from cat to human and cat to dog has been described. In practice, this is extremely rare,” the vet reassured. It is important to comply with hygiene measures, not the blister doctor alone, attacking open wounds only with rubber gloves and protecting people who They are immunocompromised in the same house.KURIER animal trainer concludes: “Whether it’s cowpox or monkeypox: When dealing with sick people, it is best to turn your mind on and follow simple hygiene procedures to deal with wounds.”

Problems with the cat, concerns for the dog, questions about parrots, turtles, etc.? write to: [email protected]

An outbreak of bird flu has been detected on a breeding...