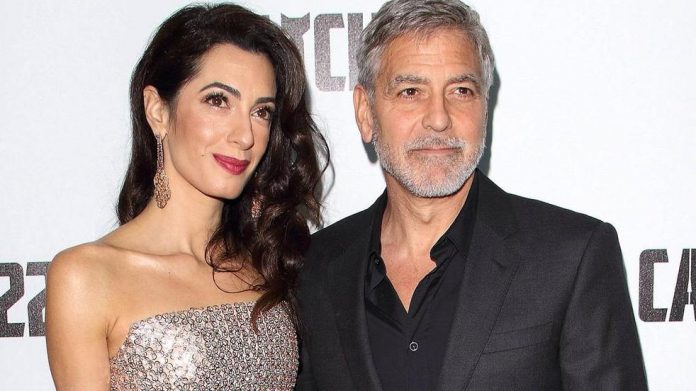 US media reported that George Clooney and his wife Amal are expected to have offspring. Now supposed parents are expressing themselves, but this is not happy baby news.

Recently, American media reported that businesswoman and TV star Paris Hilton is pregnant. The heiress to the Hilton empire denied this, saying she was “not pregnant yet”. The same game for Hollywood star George Clooney. He and Amal are said to be expecting a baby, according to some articles. Now they are clearly saying that they will never be parents again. “Stories that Amal Clooney is pregnant are not true,” a spokesperson for the couple said, according to celebrity portal Just Jared.

Previously, the American version of the magazine “OK!” According to an informed source, Clooney is “going to have twins again”. It is claimed that Amal Clooney has already passed her first three months. The article can no longer be called up online on the main page of the news portal, it just says “Page does not exist”.

Amal and George Clooney married in Venice in September 2014. In June 2017, their love culminated in the birth of twins Alexander and Ella. Recently, the two also bought a new home: in addition to their holiday villa on Lake Como in Italy and other homes near London and Los Angeles, the Hollywood couple now also owns a property in Provence. Your villa called Domaine du Canadel, with an area of ​​172 hectares, belongs to the small French town of Brignoles.