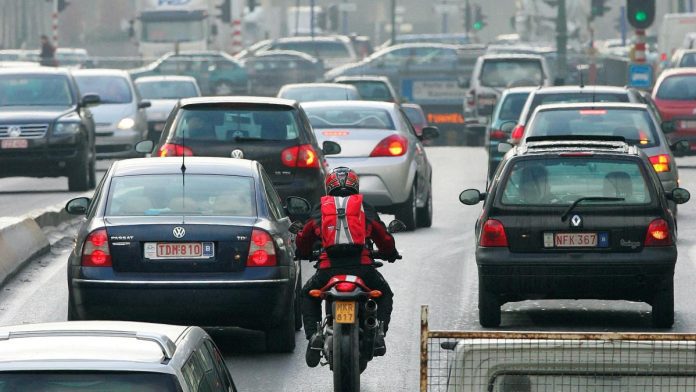 After a long struggle, EU environment ministers have agreed on a position on the internal combustion engine from 2035. Their proposal to allow only new zero-emissions cars leaves the back door open to e-fuels.

IAccording to the will of the European Union countries, only new climate-neutral cars should be sold in the European Union from 2035. The ministers responsible for the environment of the 27 countries agreed on this Wednesday night. A final compromise must now be negotiated with the European Parliament, which demands a complete end to new cars with combustion engines from 2035. EU countries have spoken in favor of reducing so-called fleet limits for cars to zero by 2035.

These limits tell manufacturers how much carbon dioxide cars and vans may emit during operation. This means that from 2035 no more new cars powered by conventional combustion engines will be sold. Vehicles that are already registered will not be affected by the project. Great Britain, Sweden, Denmark, the Netherlands and Belgium are already aiming for 2030.

The back door of the European Union Commission

The FDP had significant concerns about approving an actual combustion engine exit. The federal government now has the commission’s backdoor to draft a proposal that also takes into account climate-friendly fuels for new cars with internal combustion engines. The FDP insisted that after 2035, e-fuel combustion vehicles could also be approved.

The next step is for EU countries and the European Parliament to negotiate together. They have to agree on a common position, and Parliament has already voted in favor of the ban. The European Union Commission had already put forward a proposal last year that would end combustion engines from 2035.

Federal Economy Minister Robert Habeck welcomed the agreement reached by EU environment ministers. “This is the largest climate protection package that has been drafted in Europe in 15 years,” the green politician said Wednesday night. The decision is a “bold exclamation point for climate protection in Europe”.

In addition to the new climate requirements for new cars and trucks, EU countries have also approved a €59 billion social climate fund and reform of the EU’s emissions trading system.