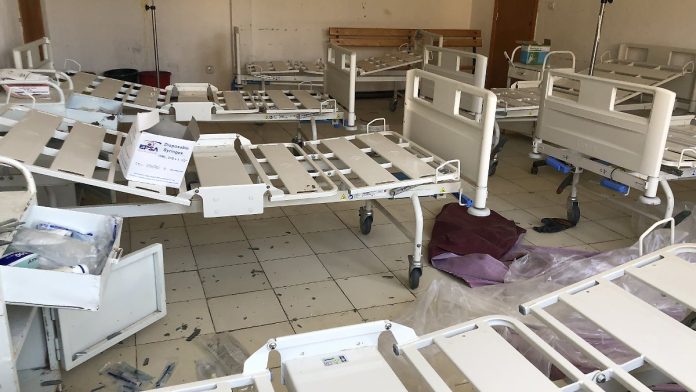 WHO chief: There is no place ‘like hell in Tigray’

Medicines are running out, there is hardly any food – but Ethiopia continues to seal off the conflict zone in Tigray. “The situation is desperate,” says WHO chief Tedros. Even in the worst times of conflict in Syria or Yemen, the World Health Organization has been allowed to deliver life-saving items.

The World Health Organization (WHO) has been struggling unsuccessfully for access to the conflict zone in Tigray in northern Ethiopia for more than six months. WHO Director-General Tedros Adhanom Ghebreyesus, who himself is from Tigray, described the situation as catastrophic. “Nowhere in the world is we witnessing a hell like in Tigray,” he said in Geneva. “The situation is desperate.”

Even in the worst times of conflict in Syria or Yemen, the World Health Organization has had access to at least life-saving items. In Ethiopia, the World Health Organization at all levels tried to persuade the government of the Nobel Peace Prize laureate and Prime Minister Abiy Ahmed to allow the delivery of medicines to the region, but to no avail. “It is outrageous and inconceivable that the government would deprive its people of food, medicine and everything else to survive for more than a year,” Tedros said. “This has to stop.”

Seven million people in Tigray have little to eat. Tedros reported seeking help from a doctor who turned to the World Health Organization. He has not received any new diabetic medication since June 2021. In his ordeal, he started taking expired medications in September. Even these were only enough for a few days. The infusion solution has also run out, so patients now only get one drop of water.

The military conflict started a good year ago when my father started to overthrow the Tigray People’s Liberation Front which was in power in Tigray. The Tigray People’s Liberation Front controlled Ethiopia for a good 25 years until Abiy came to power in 2018. Many people in Tigray feel they are not represented by the central government and are demanding more autonomy. Both sides of the conflict are accused of atrocities.