Home World A turning point in relations: the United States brings Turkey back to... 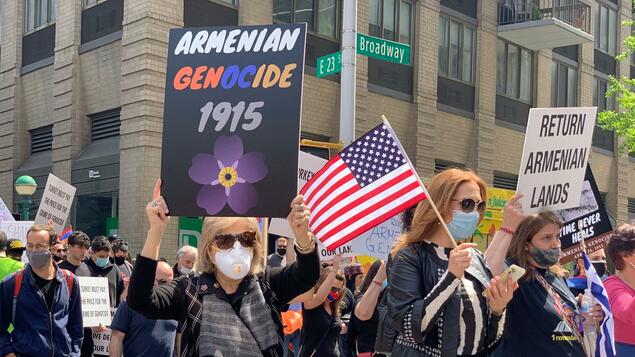 US President Biden’s declaration of the Armenian Genocide marks a turning point in US-Turkish relations. So far, President Erdoan has acted on the assumption that Turkey is so indispensable to the West that even the superpower the United States should be careful not to disturb them.

That has changed. Biden wants to make it clear to Ankara that Turkey needs America more than the other way around. Turkey considers itself a regional power that no one can ignore, not even America. But the Biden government views Erdogan as an autocrat to which limits must be set.

In his phone conversation with Erdogan the day before the Armenian announcement, the US president said he wanted to “deal efficiently with disagreements.” He could have said the same about Russia.

Biden apparently does not anticipate the possibility of resolving the Turkish-American differences – for example due to Turkey’s close ties with Russia and US cooperation with the Syrian Kurds.

The principle of “We must not lose Turkey” has long been a tenet of European and American policy towards Ankara. Biden now notes: Turkey is on the verge of losing the West.

This is a game changer. The US government is betting that Turkey has no alternative to the West. Russia or China are neither a strategic nor economic fit as an alternative, and the dream of Turkey’s role as a superpower is based on overconfidence.

Clear signals are one thing, how Erdogan reacts to them is another. Turkey could showcase the United States in Syria and elsewhere, expel the US Air Force from the country and slow down US initiatives in NATO. Turkish nationalists are already demanding revenge for the Armenian declaration.

However, with the overt anti-American policy, Erdogan will risk more trouble with Biden, which could damage the Turkish economy. Even before Biden’s announcement, the lira had lost its value dramatically.

One of the results of the Turkish-American quarrel may be Erdogan’s shift to the European Union. More than ever, the Turkish president needs strong partners who can help him emerge from political isolation.

Unlike Biden, Erdogan managed to score points with the European Union with his latest charm offensive. However, the Europeans insist on Turkey’s good behavior towards Greece and Cyprus and are setting conditions for expanding the customs union. Biden’s move could help bring Turkey back to Earth.