Home World A private party instead of a crisis team: Boris Johnson is making... 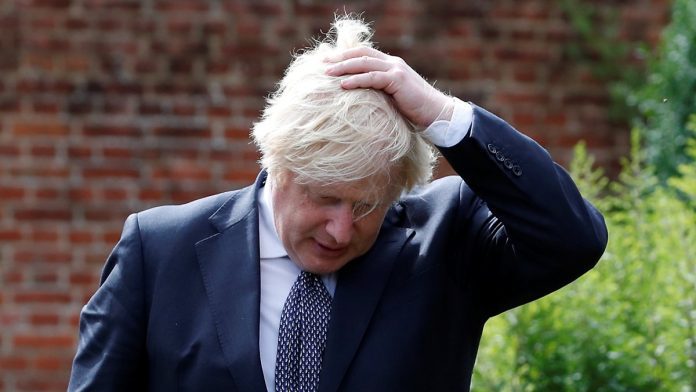 It’s a familiar pattern from the British prime minister: he’s throwing private parties rather than dealing with a catastrophic situation. It was the same on Saturday. As Britain prepares for record heat and the crisis management team meets, Johnson celebrates at Cheekers’ luxury country estate.

British Prime Minister Boris Johnson has once again come under fire for celebrating the weekend. As Sky News reported, the outgoing prime minister threw a private party at the Checkers luxury country estate on Saturday. The government had announced earlier that a disaster would occur due to the expected rise in temperatures early next week, and held a meeting of the national crisis team, Cobra. However, Johnson did not attend on Saturday.

The opposition Labor Party’s deputy leader, Angela Rayner, spoke of a “zombie government” and called on Johnson to vacate his seat “if he still can’t take responsibility”. Rayner said a plan is needed to keep people safe at work, in traffic, and in schools, hospitals and nursing homes in the heat.

The British Met Office has issued a red weather warning for Monday and Tuesday due to rising temperatures – for the first time ever. The temperature is expected to reach 40 degrees Celsius in large parts of England. The previous temperature was 38.7 degrees and was measured in Cambridge in 2019.

Johnson resigned as party leader in early July under tremendous pressure from his parliamentary group and his Cabinet. He has previously suffered from scandal after scandal – including over bans on parties in the government seat. However, he intends to remain in office until a successor is elected.

The selection process moves into another round on Monday when the five remaining candidates face a vote by members of the Conservative Party faction. Another place outside. The process continues until only two candidates remain. Then, Conservative Party members must decide over the summer who will succeed Johnson as party leader and therefore prime minister.

See also  State of the Environment Report: Australia shocked by the state of its natural environment

Mostly the same goal: hundreds remain at the Polish-Belarus border

It is said that the Greek border guards threw the migrants...