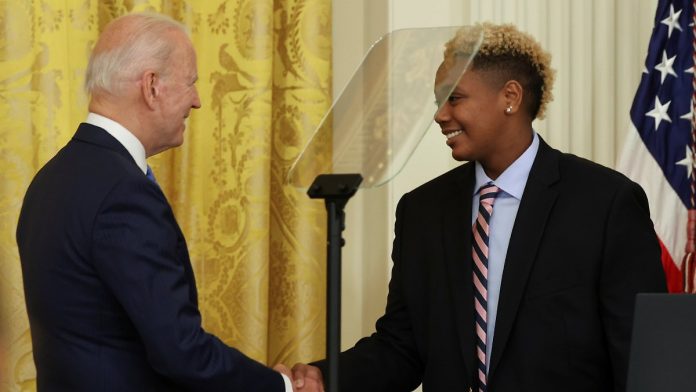 US Democrats presented themselves as legal defenders of LGBT people in the election campaign. President Biden is now appointing a special envoy to the State Department. In public service, it must also be more equal.

US President Joe Biden has appointed a special envoy for LGBT rights. Activist Jessica Stern will henceforth work on behalf of the US State Department for the rights of people with different gender identities and sexual orientations, according to the White House. Stern heads OutRight Action International, which campaigns for LGBT rights.

“At a time when the human rights of LGBT people are increasingly threatened in all regions of the world, the Special Envoy will bring like-minded governments, civil society organizations, businesses and international organizations together to support dignity and equality.” White House. You will play a central role in Biden’s efforts to advance the human rights of sexual minorities around the world.

The special envoys are set in the middle of Pride Month, which the LGBTQ community celebrates. The president also wanted to make Pulse, a popular gay nightclub in Orlando, Florida, a national memorial site. An assailant who joined the jihadist Islamic State (IS) militia killed 49 people there on June 12, 2016.

Biden also signed a presidential decree aimed at removing barriers to LGBT people in the public sector. The president has harshly criticized more than a dozen US states for passing domestic laws that restrict LGBT rights: “These are some of the ugliest and most un-American laws I’ve ever seen.”

Biden called on the US Senate to pass the Equality Act. However, Democrats only have a slim majority in the Senate of 50 votes in addition to the vice president. A majority of 60 votes is necessary for the adoption of laws in the Senate.