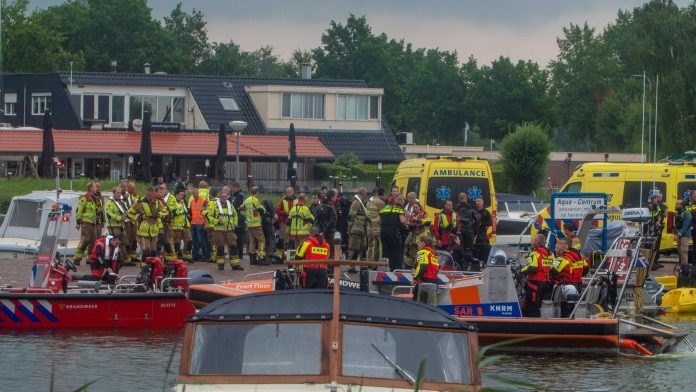 A German family’s boat capsized in the Netherlands. Only one in four family members has been rescued so far.

The tragic end of the canoe voyage made by a German family, police said Thursday evening in Biddinghuizen, the Netherlands: the mother of the family died, the father and two daughters were missing and may have drowned. Search is interrupted.

According to the information, the mother and her seven-year-old daughter were initially saved. According to the police, rescue workers tried to revive the woman. But in vain.

The boat was found empty

The police were alerted around 3pm and immediately began searching. The family was walking around in Willowemer, 75 kilometers northeast of Amsterdam. Then the boat capsized for an unknown reason, according to radio station Omrop Flevoland. Then the boat was found empty on a small island.

Then the emergency services discovered the little girl on a buoy, and the mother was found in the water. The Coast Guard and police were deployed with boats and helicopters. The police did not provide any information on the identity of the victims or the origin of the family.

Trump hotels are said to have increased Secret Service fees