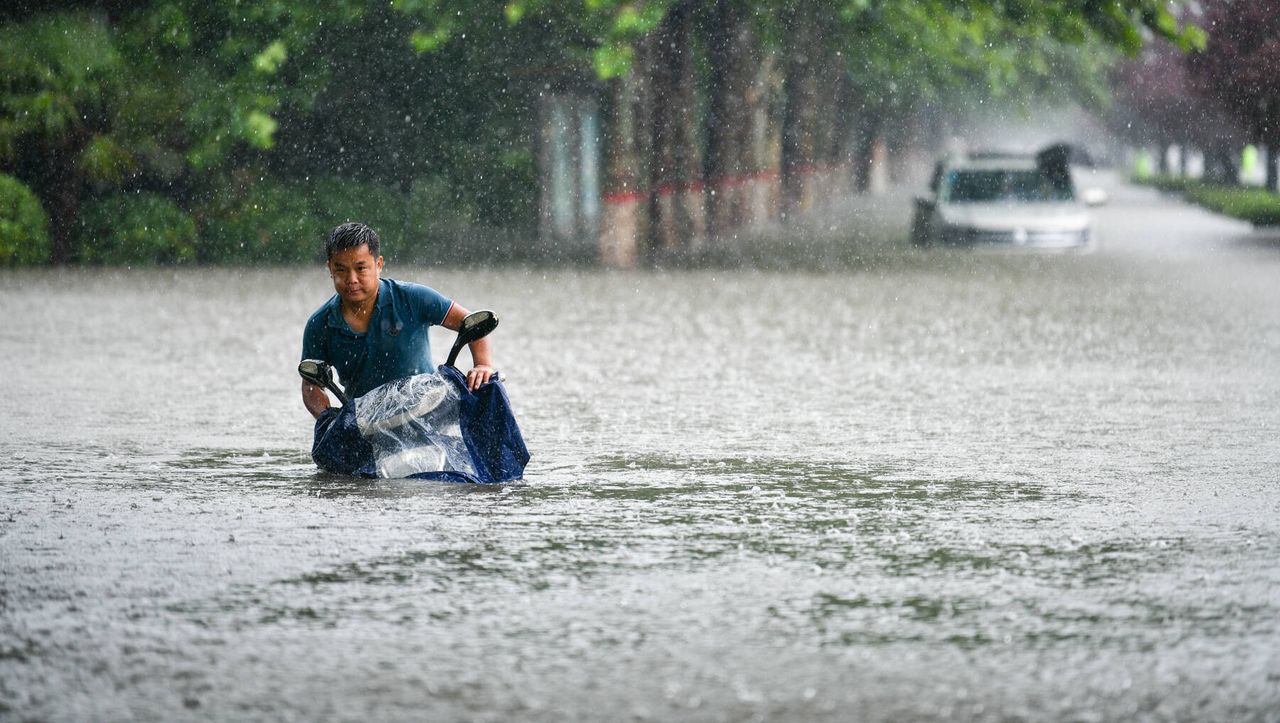 Decades of heavy rains have caused massive flooding in the central Chinese city of Zhengzhou. It was not initially clear if there were any deaths. State media reported at least a dozen deaths.

Many streets in Zhengzhou were flooded. Cars and buses were stranded. Water and electricity were cut off in many places. Transport practice was down. The subway network was halted, and high-speed trains were halted. Zhengzhou Airport canceled 270 flights.

Hundreds of people appear to be trapped in trains and mines as state media and eyewitnesses report the news on social media. Sometimes you can see in the videos how the water was on their shoulders. Emergency services were on duty.

During the evacuation, about 600 critically ill patients had to be brought to safety from a hospital in Zhengzhou University. In addition, the electricity in the clinic failed. “Such rains usually occur only once in 100 years. The situation is dire, the China Daily Crisis Management Committee reported in Henan, the provincial capital of nine million people.

It rained in Henan due to Hurricane “In-Pa”. The hurricane also caused severe weather in Zhejiang and Fujian provinces. Henan province has been hit by heavy rains since last week. The water levels of the Yellow River and the Haihe River tributaries exceeded the warning level.

More rain and flooding were expected. More than 10,000 people have already been evacuated to safety in the past few days. The damage to agriculture goes to millions.

Severe storms have also been reported from southern China, where another hurricane, “Shembaka,” hit the ground near the city of Yangjiang with winds of up to 110 kilometers per hour in Guangdong province. Extreme levels of flood danger were announced in at least three places in northern China.