Home World ‘You must make you shiver’: Tiananmen veteran sends message to Xi 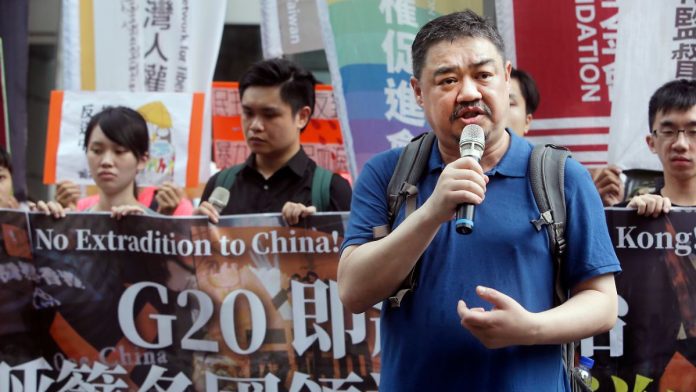 “It must make you shiver.”
Tiananmen veteran delivers a message to Xi

33 years ago, Wu’er Kaishi was one of the spokesmen for student protests in China. He witnessed the Tiananmen massacre – and fled into exile. The fact that so many people are taking to the streets again gives him hope. He believes that the protests have weakened the Chinese president.

A leader of the 1989 student protests in Beijing’s Tiananmen Square sees President Xi Jinping weakened by the current protests in China. Exiled dissident Wuer Kaishi told Tagesspiegel: “You can fool your people for some time, perhaps even for their whole life. But never think that you can fool everyone forever.”

“Chinese people are neither stupid nor weak. This should make you shudder, Xi Jinping,” said the 54-year-old. The recent protests are filled with hope. However, he is also afraid of escalation. “I certainly don’t want to see a second massacre.”

The dissident was referring to the bloody suppression of democracy protests in 1989 in Tiananmen Square. However, Wu’er Kaishi encouraged the protesters not to fear the Chinese leadership. He said “tyrants fear no more than brave people”.

He also apologized to the demonstrators that the change in 1989 had not worked. “We did not succeed in overcoming the dictatorship 33 years ago. We handed this task over to you, future generations. I am sorry for that.” Wu’er Kaixi was one of the most famous student leaders of the pro-democracy movement in China, which was brutally crushed in 1989. After the massacre, he fled China, where he was persecuted. He now lives in exile in Taiwan.

Beijing’s strict no-spread Covid policy, and associated lockdowns, have triggered a nationwide wave of protests in China. The protests are now also directed against President Xi Jinping. It is the largest protest movement since the 1989 democratic protests.

India cooks at a temperature of nearly 50 degrees Celsius! ...