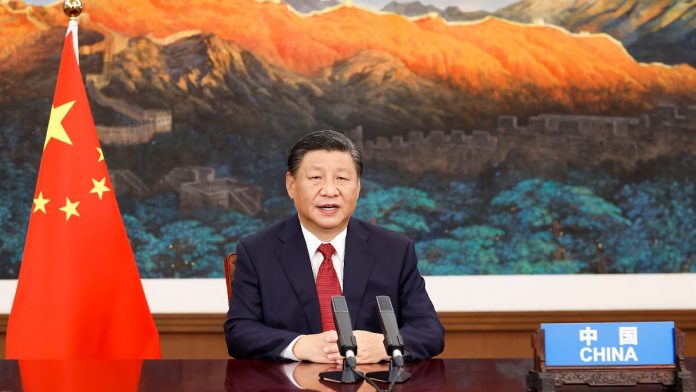 Xi in the UN General Debate

The state-owned Bank of China is the world’s largest financier of coal projects. State President Xi Jinping has now declared a turning point. China no longer wants to build coal-fired power plants — at least not abroad.

State President Xi Jinping said, in the fight against global warming, China will no longer build coal-fired power plants abroad. “China will increase its support to other developing countries in developing green and low-carbon energies,” Xi said at the general debate at the United Nations General Assembly in New York. And China “will not build any new coal-fired power plants abroad.” In his video speech, Xi said that when it comes to economic development, attention should be paid to the “harmony between people and nature.”

China is currently pushing infrastructure and other construction projects in several countries as part of the New Silk Road project – and is also open to coal power. According to a group of NGOs, the state-owned Bank of China is alone the world’s largest financier of coal projects and has pumped about $35 billion into the sector since the Paris Agreement in 2015.

China – the world’s largest emitter of greenhouse gases – is also investing heavily in domestic coal power in order to secure economic growth. Last year, coal-fired power plants with a total capacity of 38.4 gigawatts were connected to the grid. According to a report by the Carbon Tracker expert group in June, the country also plans to build 368 new power plants with a capacity of 187 gigawatts.

The Paris Agreement on Climate Protection, passed at the end of 2015, aims to limit global warming to less than two degrees compared to the pre-industrial era and is considered a milestone in the fight against climate change. A recently published United Nations report sees the Earth on the path to a dangerous 2.7 degree warming without a drastic change in trend. The next COP26 climate conference will be held from October 31 to November 12 in Glasgow, Scotland.

Escape from Mariupol: Russia is said to be planning a new...