Home science Why has measles cases soared around the world 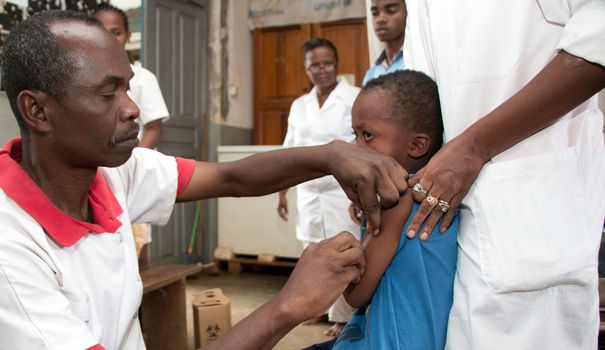 However, the best protection against measles, which takes its name from the characteristic red spots that cause its appearance all over the body, is actually a very high vaccination coverage. This figure therefore represents a “disaster” for the UN agency, which has mainly explained this delay due to the Covid-19 pandemic and the halting of multiple vaccination campaigns, particularly on the African continent. Measles, prior to this crisis, was already showing signs of recovery in Europe in 2019.

The consequences are clear today: The number of cases jumped 79% in the first two months of 2022, compared to the same period last year, according to the World Health Organization and UNICEF. Both UN agencies now fear the emergence of serious epidemics of measles, a highly contagious viral disease that could infect “millions of children” in 2022.

So far, 17,338 measles cases have been reported globally in January and February 2022, compared to 9,665 in the first two months of 2021. But the actual numbers are likely to be higher, as the epidemic has also disrupted surveillance systems.

21 major epidemics in the past 12 months

As of April 1, 2022, the World Health Organization still regrets the postponement of 57 disease prevention campaigns in 43 countries, due to the epidemic, at the expense of 203 million people, most of whom are children. Then the UN health agency counted 21 major measles epidemics in the past 12 months (until April), mostly in Africa and the eastern Mediterranean region.

See also  The number of cases is still rising, and the situation is stable in hospitals

The countries with the largest measles outbreaks since last year are Somalia, Yemen, Nigeria, Afghanistan and Ethiopia. to me l’OMSLast year, 12,341 cases were reported in Nigeria alone and more than 9,000 cases were reported in Somalia. The ultimatum is now there for Ukraine, which is having great difficulty in the face of a Russian invasion.

Because the disease is highly contagious, cases tend to arise when vaccination levels are low. Both international agencies fear that this measles outbreak is a precursor to other, slower-growing outbreaks. “Measles is more than just a serious and potentially fatal disease. It is also one of the first signs that there are gaps in global immunization coverage,” said UNICEF Executive Director Catherine Russell.

He warned, “The Covid-19 pandemic has disrupted immunization services, health systems have come under stress, and we are now seeing the re-emergence of deadly diseases, including measles. For many other diseases, the impact of these disruptions to vaccination will be felt for decades.” WHO chief Tedros Adhanom Ghebreyesus. “It is time to put essential immunization programs back on track and launch catch-up campaigns so that everyone has access to these life-saving vaccines,” he urged.