Home World WHO: Beyond “slander” against pandemic prevention 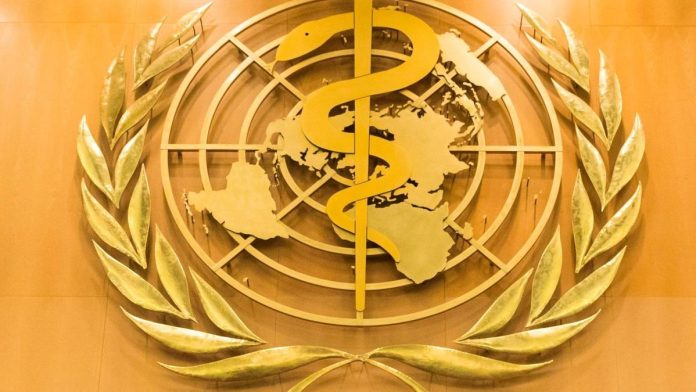 Beyond ‘brutal propaganda’ against WHO advice

A member of the Free Democratic Party in the Bundestag warns of a “brutal and coordinated propaganda campaign”: the false claim that the World Health Organization is planning a decade that would undermine democratic structures is circulating on the Internet. Look at the facts.

Meanwhile, misinformation about the pandemic agreement planned by the World Health Organization is circulating on social media and also reaching members of the Bundestag widely. On Twitter, the deputy leader of the FDP parliamentary group Konstantin Kohli recently called it “brutal and coordinated propaganda”. Letters were piling up in the mailboxes of MPs.

The claim: The World Health Organization is planning a treaty that would lead to the abolition of democratic structures in nation states.

Facts: The WHO’s planned pandemic agreement doesn’t even exist as a draft. In fact, it still has a long way to go: On December 1, 2021, the 194 members of the World Health Organization decided to reach an agreement to better manage epidemics in the future. For example, under discussion: better tools for early detection of epidemics, new decision-making bodies and more money. The World Health Organization does not plan to adopt the new agreement or contract until May 2024.

But what exactly that would look like is currently quite open. It is not even certain whether the treaty will also become a treaty – that is, it will be binding on all signatories. A decision with recommendations will also be possible. The European Union and about 40 other countries are behind the agreement as a contract. The US and China have been skeptical so far.

Public debate over the planned pandemic agreement is now wrestling with how much power should be given to the World Health Organization. However, claims that a WHO treaty could abolish the German Basic Law or that threatened compulsory vaccinations are false.

Through the 2005 International Health Regulations, WHO already has the right and obligation to declare a “state of health emergency of international concern”. This can be linked to recommendations – but not mandatory instructions – for restrictive measures. The World Health Organization has taken advantage of this right during the Covid-19 pandemic. But in the end, member states decided on anti-epidemic measures.

The Director-General of the World Health Organization criticizes misinformation

Similar WHO conventions always contain references to the fact that signatory countries must implement the convention within their own national constitutional order. This was stated in Article 19 of the Constitution of the World Health Organization. In principle, this ensures that an international treaty cannot undermine the democracy and parliaments of a WHO member. If someone doubts this in a particular case, the constitutional courts can decide.

Ahead of the annual meeting of the World Health Organization from May 22-28 in Geneva, Director-General Tedros Adhanom Ghebreyesus slammed misinformation about the pandemic agreement’s plans. A minority makes misleading statements and deliberately misrepresents the facts. “Our mandate is 100 percent determined by member states and what they agree on,” Tedros said in Geneva on Tuesday. The WHO Constitution of 1948, like the current proposal for the Convention on Epidemic Control, does not mean that the WHO undermines the sovereignty of its member states.

The topic of the pandemic treaty is not even on the agenda of next week’s World Health Assembly: The negotiating group should not report on its findings for two years, WHO chief lawyer Stephen Solomon recently explained in Geneva.

Instead, proposed changes to the International Health Regulations will be discussed at the conference in Switzerland. Changing it would be another way for the world to learn about and fight epidemics more quickly. The current proposal comes from the USA. It’s about putting in place stricter regulations to report and respond to health emergencies more quickly.

But this US scope of application is also exaggerated: It remains unclear whether members of the World Health Organization will accept the proposed changes to the model during the World Health Assembly. According to experts, further discussions and modifications are likely. Because in the end countries must agree. WHO Director-General Tedros said the WHO represents “what the 194 sovereign member states want”.

See also  Getting into Hamburg Terminal: China has only one noteworthy backer of port plans: SPD