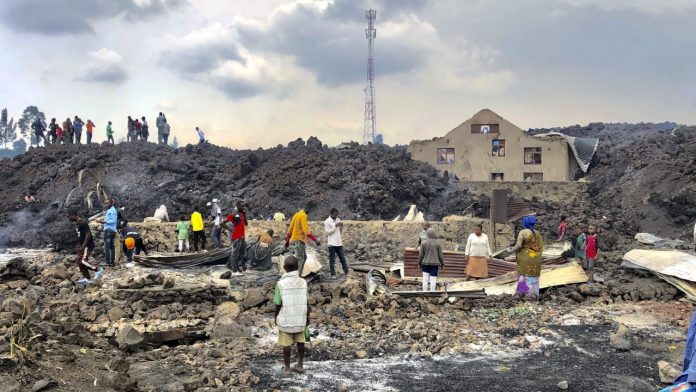 A volcanic eruption in the eastern Democratic Republic of the Congo caused panic in the city of Goma, killing 15 people. More than 170 children are missing!

When Nyiragongo volcano spewed lava on Saturday evening and had already reached Goma airport, the government ordered the evacuation of the city. People fell into fear and panic, more than 7,000 people fled to Rwanda, and others fled in the direction of Masisi province.

Dramatic: The United Nations Children’s Fund (UNICEF) stated that “more than 170 children are missing” and 150 others have been separated from their parents during the eviction.

The military governor of North Kivu, Konstant Ndima, said that fatal accidents also occurred during the escape from the lava. Killed at least nine people. Military spokesman Guillaume Njiki Kaiko said four other people were killed while trying to escape from a prison in the city. According to government sources, two burnt bodies were found.

On Sunday, the authorities gave all the clarity: the lava flow in the suburbs stopped and Goma was saved.

The eruption of Nyiragongo volcano, which had its most serious consequences so far, occurred in 1977, when more than 600 people died. In the region bordering Rwanda and Uganda there are a total of six volcanoes over 3000 meters high.

Why is exercise so important for health in winter? Winter time is cold time. The constant change between cold outside temperatures and warm,...