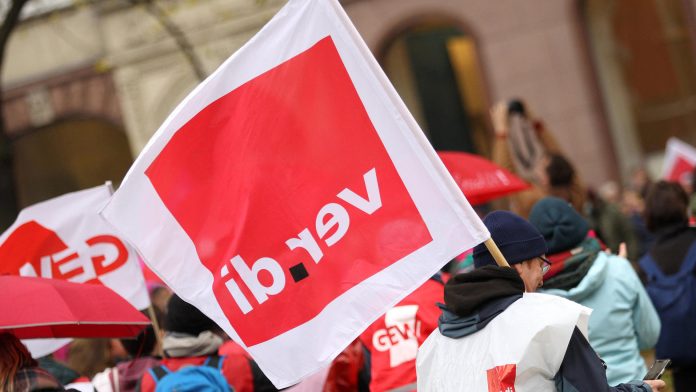 Strikes threaten for the first time in the ongoing collective bargaining dispute between the Verdi Confederation and the federated states. When and where to start is still open.

After an unsuccessful second round of negotiations for more than a million public sector employees in the federal states, the Verdi union announced strikes. “We don’t waste our time for days hearing a rejection by employers of all employee demands,” said Frank Wernke, Verdi’s president.

As a sad light, no show was made. The union stressed that “anyone who provokes strikes should not be surprised if he falls into them.” The collective bargaining association of German states is solely responsible for the consequences of the coming strikes.

Unions are calling for a five percent increase in income for about 1.1 million public sector employees in the federal states, but at least €150 over a twelve-month period. Healthcare workers will receive an additional 300 euros per month in the form of a table. Training allowances will be increased by 100 euros.

Verdi has not yet set a specific date for the start of the strike. It is also not clear which countries and offices can be affected by any labor disputes.