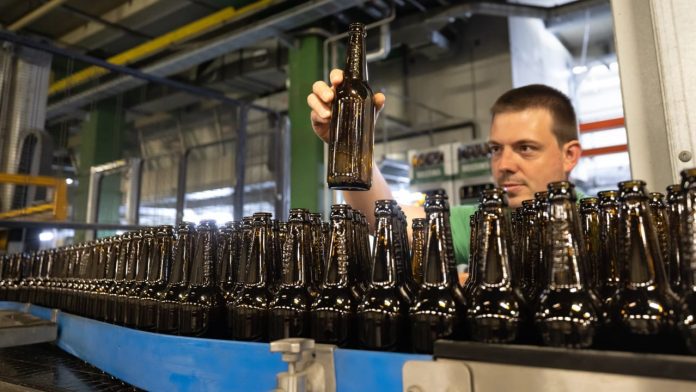 Many sectors fear a gas crisis in the fall – one of them: breweries. The lack of gas will not only cause problems for the brewers themselves, but also for suppliers such as glass manufacturers.

Michael Hooper, president of Veltins, is now sounding the alarm: “If there was no Russian gas, we’d have a big problem: without gas, no beer!”Handelsblatt“.

The great sword of Damocles, according to Hopper, hovered over brewers: “The Gas Ban.”

Breweries, in which beer precursors are heated, are mostly powered by gas. Veltins has procured a five-week supply of oil for an emergency gas-to-oil switch – but a large number of breweries are hardly able to switch to other energy sources like oil. According to the German Beer Association, about two-thirds of German breweries rely on gas.

In addition, gas supply is also a major issue for important upstream suppliers of brewers. “We need about 50 to 60 million new bottles a year. If something breaks there, the supply is completely cut off,” Huber said, referring to glass manufacturers.

Lack of glue or lack of stickers can also cause production to stop. That is why Veltins bought the goods early for 30 million euros that could have been ordered in a short time. Warehouses rented for these quantities.

Currently, Hooper explains, anyone who makes their money from beer has real problems: “You need cash and stamina.”