Home World Trump wants to suspend the US Constitution 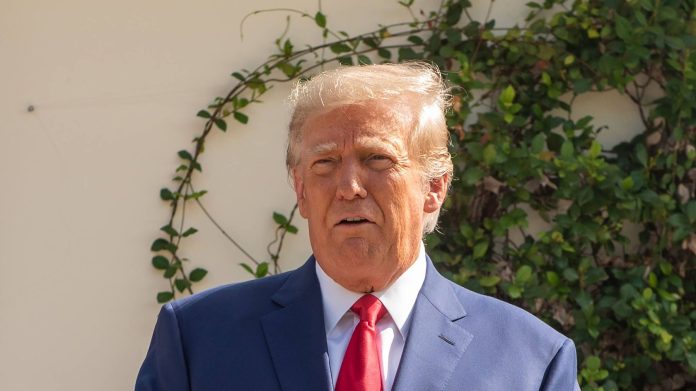 Donald Trump has now even called for suspending the Constitution in order to void the 2020 election. The contradiction is inevitable.

Former US President Donald Trump called for the repeal of the US Constitution and other laws to invalidate the 2020 elections. He also called for his immediate reinstatement as president. Trump declared in big letters: “Are you ignoring the results of the 2020 presidential election and declaring the legitimate winners, or do you have a new election?”

“A fraud of this magnitude allows for the abolition of all rules and regulations, including those in the Constitution,” he wrote. Trump has repeated his claims — which he has repeatedly refuted — that he won the 2020 election. Trump said the founders of the United States did not want voter fraud. He also accused Big Tech of siding with the Democrats.

White House spokesman Andrew Bates said Saturday that Trump’s comments were “hateful to the spirit of our nation and should be universally condemned.” Bates said in a statement, “You can’t just love America when it wins. The American Constitution is a sacred document that has ensured for more than 200 years that liberty and the rule of law will prevail in our great country. The Constitution sums up the American people together—regardless of party—and elected leaders swear to support it.”

John Bolton, Trump’s former national security adviser and ambassador to the United Nations, denounced his former boss’s remarks. “No American conservative can follow Donald Trump’s call to suspend the Constitution based on the results of the 2020 election. All true conservatives should oppose his 2024 presidential campaign,” he wrote on Twitter.

controversial within the party

Earlier this week, Trump expressed support for the rioters who stormed the US Capitol on January 6, 2021, saying in a video during a fundraiser: “People have been treated unconstitutionally and very unfair in my opinion.”

Trump recently announced his desire to run again for the presidency. However, it is unclear if Republicans will bring it up. Several Trump-backed candidates underperformed in the midterm elections. Instead of a great electoral success and a “red wave”, the party was left with a – expected – majority in the Chamber of Deputies. Florida Governor Ron DeSantis is a domestic rival to Trump.

The former US president continues to claim that the 2020 election was rigged. Many court decisions contradict this, as do many Republicans. There are many investigations against Trump, including because of classified documents that were found at his home in Mar-a-Lago.