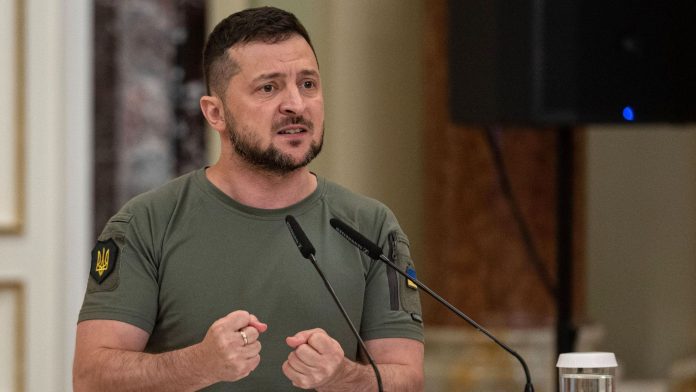 This page asks for personal information

Even if alarm bells don’t ring among users when accounts with pictures of attractive women mostly with English names try to lure them to the supposed “Zelensky Foundation” site: many virus programs now do this when they click on the new site. They warn about “malware” and “phishing”, that is, attempts to obtain data via a fake website.

Anyone who goes to the site is asked to become a supporter and must provide their name, email address, phone number and Telegram account. In return, he promised “confidentiality” and participants could receive “gifts and rewards from the fund.” The promise goes further: the engagement must be financially viable.

The site invites donations and at the same time promises to give a prize. If you donate €20 and convince three other people to do the same, you will receive €30. For 100 euros you get 200. The idea behind this could be: as many gullible users as possible should get as many other users as possible to go to the site as well. However, there is no payment option yet – and there is no Ukrainian institution behind the site. So far, only intentions have been deceived, but no one has been physically harmed.

According to Ukrainian estimates, the Russian government is behind the scam. On August 11, Ukrainian intelligence published a warning on Telegram: the Russian presidential administration approved a new structure of the special services aimed at discrediting Ukrainian President Volodymyr Zelensky in Western Europe. A fake website of the so-called “Zelenskyj Foundation” is to be created for this. In fact, there is also a real support page, “United24”, through which Selenskyj says he has already raised $180 million in donations – for military equipment, medical technology and reconstruction.

The German version of the faulty founding page was logged by Anonymous on August 28. On the 1st of September she was online. On August 31, fake profiles of the organization were posted on Facebook and Twitter.

After storming the US Capitol: Trump ally fails in court