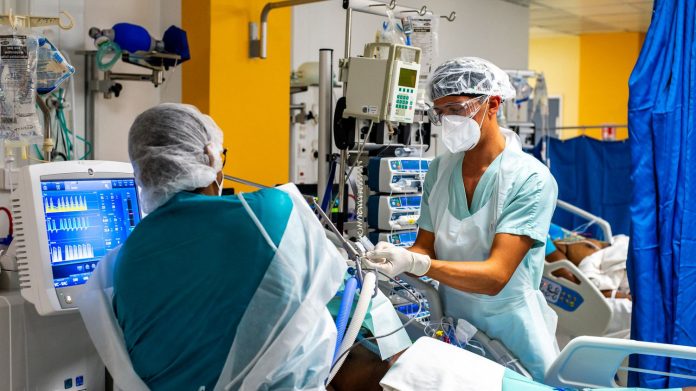 A new study by the Pasteur Institute on the effects of accelerated vaccination in France was published on Wednesday 28 July. Decoding the 19/20 France 3 group with journalist Leopold Odeber.

In July, Pasteur Institute teams predicted a peak in pollution in September with 4,800 daily hospital admissions. “It’s an average of 500,000 vaccines a day. If we counted on 700,000 vaccines, the peak would be about half that high”, explains journalist Leopold Odeber, Wednesday 28 July at 19/20 France 3 group.

Good news then, but be careful though “For tensions in intensive care units”, warns the journalist. Still, according to Pasteur Institute models, there will be at least 5,400 patients in critical care in September. “We’ll be almost at the height of the second wave.”.
To avoid an increase in the rate of virus reproduction, in addition to vaccination, the journalist advises to respect the gestures of the barrier. With the application of the health permit, the number of people in hospital could rise to 1,200 in September, A more manageable situation.

A More Sustained Immune Response Through Memory B Cells – The...