Home Economy To bridge the gap: a facelift for the Porsche Macan: delivery from... 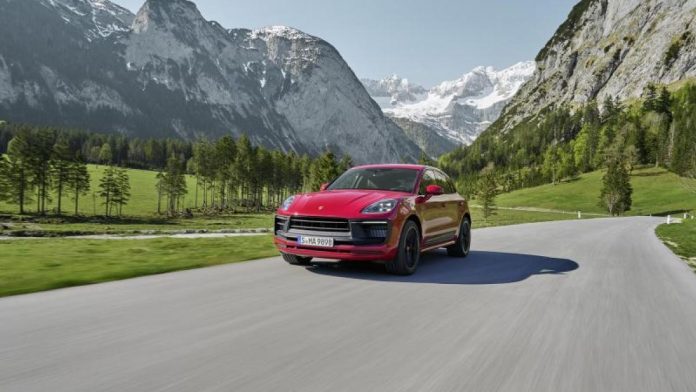 In fact, he should retire soon. But since the successor to the Porsche Macan comes as a purely electric car and won’t be ready until 2023, there is a facelift to extend the term.

Another facelift is being done for the Porsche Macan. While the new all-electric vehicle is being developed, Porsche is working to reduce the waiting time until the electronic premiere announced for 2023 with an update to the design, cabin and powertrain. The manufacturer will start delivering the revised Macan at the beginning of October. Prices start at 62,917 euros for the base model. The S and GTS versions start at €71,723 and €88,264. According to the manufacturer, the new device should work in parallel with the E-Macan for a certain period of time.

With a facelift, Porsche above all modernized the engine range and lowering selection. The base model’s 2.0-liter turbocharged four-cylinder now delivers 195 kW/265 hp, and the Macan S’s engine uses a 279 kW/380 hp V6. The Macan GTS increases by 44 kW / 60 hp to 324 kW / 440 hp. The turbo has been removed. The GTS thus becomes the flagship sports car of the range and therefore even more refined. It also gets a new sport air suspension.

In the best case scenario, the Macan accelerates from zero to 100 km/h in 4.3 seconds and has a top speed of 273 km/h. Depending on the model and engine variant, WLTP consumption varies between 10.1 and 11.3 liters and CO2 emissions between 228 and 265 g/km.

In addition to the newly sorted engine assembly, there are changed aprons and sills on the outside and a new center console on the inside, which is based on the Panamera, providing more space and fewer switches. In addition, according to Porsche, LED headlights are now standard.