Home World The Tenth Ascent: A Woman Breaks the Record for Mount Everest 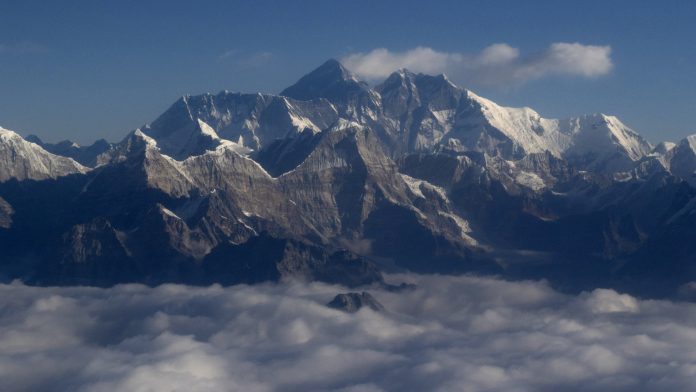 A Sherpa woman broke her own record as the most successful conqueror of Mount Everest: along with other mountaineers, she climbed to the top of the highest mountain on Earth for the tenth time.

48-year-old Lhakpa Sherpa reached the top of the highest mountain on Earth for the 10th time this morning. This was announced by her brother and tour organizer Mingma Jilu.

She broke her own record. Because no other woman has climbed the summit at 8,849 meters like Al-Sherbani.

48-year-old Lhakpa Sherpa at a press conference before setting off for the summit.

Jilu said his sister is doing well and is now safely off the top. The weather is good.

Mountain climbing as a source of income

The 48-year-old had no chance of getting a formal education in her life because she had to earn her own money at a young age. She did this by carrying climbing equipment and supplies for other climbers.

The record for men is 26

Another Nepalese Sherpa guide, Kami Rita, has also climbed the summit several times – only on Saturday for the 26th time. Rita broke his record for most climbs on Mount Everest.

Rita led a group of Sherpa climbers who repaired ropes along the route to allow others to climb safely. Hundreds of foreign climbers and many Sherpa guides aim to climb Everest in May. Then the weather conditions are the most favorable for ascent.

See also  How do we track the flow of refugees? - BZ Berlin

‘Doomsday Glacier’ in Antarctica: Glacier ‘only sticking to nails’