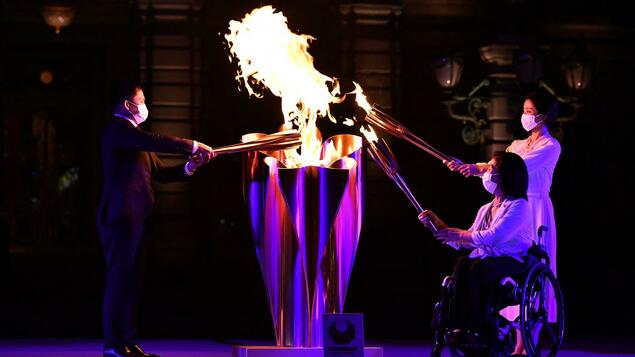 The fire will be ignited for the second time in Tokyo on Tuesday. The Olympics got their start, and now the Paralympics are following suit – as the little sister to the bigger games. The same procedure as always, but one should not complain about it, but pay attention to the fact that the Paralympic Games are steadily growing out of the great shadow of the Olympic Games.

Since the 2012 London Olympics, the Paralympic Games have become more important. It may seem that Rio 2016, in contrast to the parade in the British capital, was less loved, and there were much fewer spectators than there was four years ago.

But spectators at the stadium seldom play a role in Tokyo and as they are almost everywhere in these times when the great sport became a TV sport. Thus it can be said: The Paralympic Games are accompanied by greater detail than ever before, ARD and ZDF alone show a total of 65 hours of games live on TV, as well as a number of live broadcasts from both public broadcasters.

And of course it’s even better when as many people as possible watch the athletes – also because the Paralympics represent social values ​​that are becoming increasingly important. But above all because sports performance is getting better and better on many levels. Which can be amusing at times.

Let’s remember, for example, in Rio, when winner Abdellatif Baka of Algeria and the three men behind him in the 1500m Paralympic Games were faster than Matthew Centrowitz of the USA a few weeks before the Olympics. Well, the tilt is run more tactically over time – but it was a fun and exciting story.

Let’s look forward to the fact that Tokyo can and will write such stories.