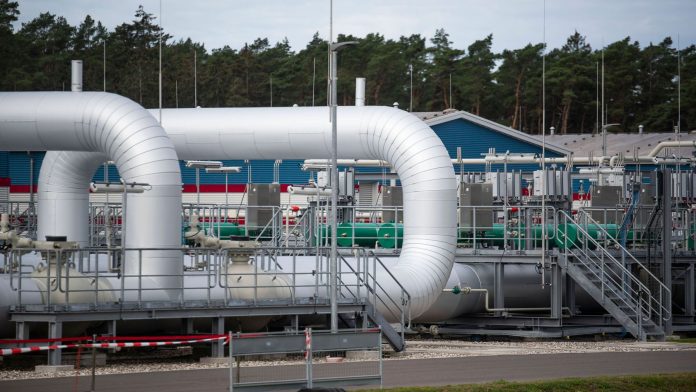 It appears that gas has been escaping from the Nord Stream 2 pipeline for two days. The spokesperson now explains the reasons.

Baltic pipeline operator Nord Stream 2 releases part of the gas that is still in the intact pipeline. A spokesperson for Nord Stream 2 AG confirmed Thursday in the Swiss canton of Zug that the pressure has been reduced. This is primarily a precautionary measure after damage to three Nord Stream 1 and 2 pipelines. To date, the 105 bar pressure required for operation has been maintained.

The Danish energy authority said on Twitter on Wednesday that Nord Stream 2 informed them that Russia’s state-owned Gazprom is currently working to reduce pressure in the undamaged B-tube. In this process, gas that is used instead in the Greater Saint Petersburg area is removed. Nord Stream 2 AG is a subsidiary of Gazprom.

According to the operator, gas from the pipeline began to be drained on Tuesday. This process will take about eight days. Nord Stream 2 AG has not provided any information about how high the pressure will be in the future. Thus, the safety of the gas line is not compromised by the low pressure: “This is not a can of Coca-Cola,” a Nord Stream 2 spokesperson said.

Last week, a total of four underwater leaks were found on two Nord Stream pipelines, and massive amounts of gas escaped for several days. The European Union and NATO are supposed to carry out sabotage.

NASA chief sounds the alarm – the Chinese want to occupy...

Rumors of Pope Francis’ Resignation: Meeting with 200 Cardinals in Rome