Home science The flu vaccination could save 40,000 people from dementia each year 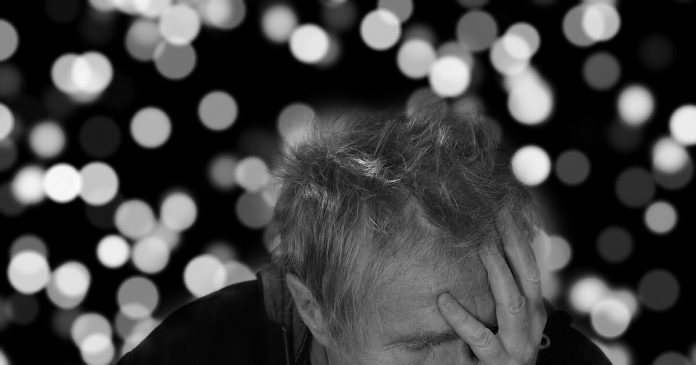 One The current large-scale study came up with an interesting hypothesis. According to this, regular flu vaccinations can lead to a lower risk of dementia. Scientists were able to detect “significantly” fewer dementias in test subjects than in people who were not regularly vaccinated against influenza. The medical records of 120,000 veterans were evaluated for the study. The median age of former military personnel was 75.3.8 percent female, 91.6 percent white.

What is the effect of influenza vaccination on the risk of developing dementia?

Study participants’ medical records were assessed from between September 1, 2009 and August 31, 2019. The inclusion criterion was that for patients included in the assessment, two years before the start of the study and at the time of inclusion in the study, there were no A diagnosis of dementia.

Study participants were divided into groups. The classification was based on whether and how many vaccinations participants received during the study period. Then the scientists analyzed the number of people with new dementia. In all, the duration of the study extended to six years and eight months (80 months) for the vaccinated and six years and nine months (81 months) for the non-vaccinated. A total of 15,933 study participants developed dementia during this phase.

When analyzing the data, it became clear to the researchers that those who had been vaccinated with multiple influenza vaccines also had a lower risk of developing dementia. However, the effect was only seen in people who received more than six flu vaccinations during the observation period. Accordingly, the risk of developing dementia was reduced by approximately 12 percent in the participants. The influence of other variables such as age, race, gender, family status and insurance status were eliminated.

Dementia expert: Vaccination could save 40,000 people from dementia each year

The frequency of physician visits was also analyzed in order to reduce the potential for ‘early detection bias’. Researchers understand that “early detection bias” apparently means a longer survival time for diagnoses made earlier than for people diagnosed only after clinical symptoms.

The effect of 12 percent of regular flu vaccinations is an astonishing research finding for researchers. “This effect is not insignificant. With about 330,000 new cases of dementia in Germany each year, regular flu vaccinations can save approximately 40,000 people a year from a dementia diagnosis,” explains dementia expert at the German Society of Neurology Professor Dr. Richard Doodle.

Despite the promising study results, it must be emphasized that this is a retrospective analysis. “Although there was a large number of study participants and it was done carefully, the study does not have any evidence. There are already several association studies, not only on influenza vaccines, but also on diphtheria or tetanus vaccinations.”

Experimental studies have also suggested a link between vaccinations and a lower risk of dementia. “The hypothesis generated by the current study can also be demonstrated pathologically, surrounded by data from animal experiments,” continues Doodle. It’s also possible that the observed positive effect of vaccination in terms of reducing the risk of dementia is due to the fact that people who are routinely vaccinated tend to live healthier lives and therefore also have a lower risk of disease, Doodle says.

The authors of the study justify their assumption by the pathogenesis: vaccination leads to an increase in the activity of microglia. This would identify and dismantle pathogenic substances and waste products.

The hypothesis is now confirmed by future studies. If these studies also show that frequent flu shots have the same effect and break down beta-amyloid, “that would be a huge advance in treating dementia,” says Richard Dowdell. This would significantly reduce the risk of developing dementia through vaccinations.