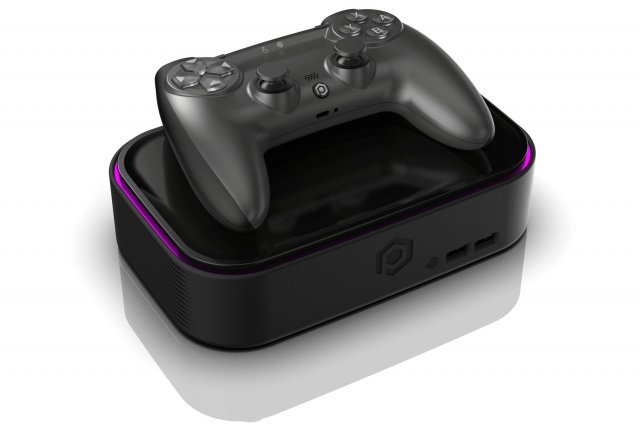 NFTs, Blockchain, Cryptocurrency, Web 3.0, etc. In this day and age, many of these terms, especially Web3, are used quite often for scams and the like. Almost every day, there is a new cryptocurrency scam with millions of euros. Although cryptocurrency and NFT have only recently hit record lows, many people are still clinging to the blockchain, and video games are no exception.

There is now an NFT game console, at least in concept

The Polium One is now said to be the world’s first “NFT Console” with which you can easily play Web3 games. The overall concept is a bit confusing, and the console doesn’t even exist at the moment. In the official FAQ, he wrote that the first prototype is currently being worked on, at the moment there is only a concept and a matching image. Pre-orders will be submitted in the form of NFTs, of which there are only 10,000 pieces. The final console must then be developed with pre-order notes.

In general, there are not many details about the Polium One. on me Location You can see what different cryptocurrencies and wallets are accepted, and the console should have a dedicated wallet button that you can use to quickly access your in-game wallet.

Also, there is currently no proper list of supported games. On the same page, it is written that the company is in talks with different game developers, and in a Twitter chat Polium states that the console should be able to play Web3 games more efficiently, but no specific example is given.

However, on the site itself, one finds the concept of “Clean Dashboard”, which lists the different games. These include the Otherside game, “Metaverse” from the Board Ape Yacht Club, for which there is no information yet, Decentraland, and Highstreet. These three examples do not currently exist either, and it is difficult to classify them as “games”. At least the Battle-Royale Grit has an appearance as well, and it’s supposed to appear later this year.

The first NFT console looks like a cheap scam (2)


It’s a little strange that Polium doesn’t want to give specific examples, but it does list the games in their artistic concept. Many of these titles aren’t quite as demanding, but interested customers still want to know exactly what the hardware of the device will look like. Bullium wrote in the official FAQ:

“Our goal is to build a high-performance console. The specifications you see on the website will not be confirmed until we have a working prototype.”

It can be said that these specifications are: 4K Ultra HD, TouchID, 8K HDR, Ray Tracing, and up to 120 frames per second. So the console will not only support 4K and 8K, but also use “TouchID”. This is where things get even weirder, because Touch ID is a proprietary technology of Apple, and other companies aren’t allowed to use it. It is not known if they are from the same technology, but Polium may have some problems with the name alone.

Touch ID is meant to be used with the fingerprint sensor on the console so no one can buy an NFT or something without your permission. However, if customers want to buy a monkey image themselves, the console will help with this with a “multi-chain wallet”, and users will be able to buy and trade NFT items and in-game items.

See also  A little sign of life from Nintendo

At this point, it is worth noting again that this console does not currently exist. The games shown are also nonexistent, and Polium itself doesn’t provide any concrete examples of what you can do with this console at all. Also, the Polium One logo looks very similar to the Nintendo Gamecube logo, and the pictured console doesn’t look very high quality either. Additionally, the company behind the console may not have been able to secure the name, which is why it’s known as Polium on Twitter.

Polium would like to share more information about supported games, specifications, the Polium Pass, which also grants additional “Playables PFP NFTs”, and much more to come. Although there is already a roadmap on the site, it does not provide any details worth mentioning. In 2021 there was an idea and planning stage for the console, in 2022 the hardware will be developed. An official release is scheduled for 2024.

Polium itself has received some negative comments about its premium console on Discord and on Twitter. In response, the company said in a few posts on Twitter that it will build a final prototype before accepting pre-orders. Furthermore, they are currently working on a new logo, although they disagree with criticisms about the similarity to the Gamecube logo. When it comes to games, the company says there will be “games and exclusives” because “no console can succeed without games.”

Splinter Cell, Metal Gear Solid, Hitman: Sneaking are all part of the games! So we bring you ten of the best stealth games of recent years.

Of course, even if the company fulfills all its promises, the question remains what is required even for this console. We will likely see how the Polium One will play out in the coming months, with completion of the first prototype due in November of this year.