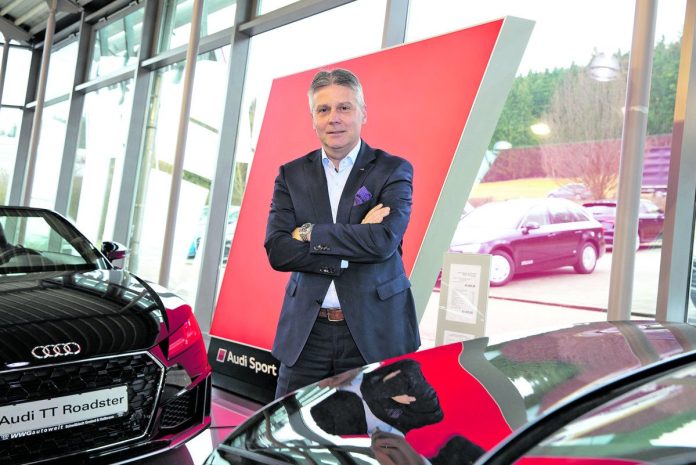 WWG Autowelt: the best car dealership in the Ostalb . region

According to a survey conducted by “Auto Bild”, WWG Autowelt in Schwäbisch Gmünd is the best Audi dealership in Baden-Württemberg and the best car dealership in the Ostalb region, with a score of 1.1.

“An evaluation like this is always something special,” says Jürgen Eberle, general manager of WWG Autowelt, a partner at Schwäbisch Gmünd. Once again, WWG was among the best in the poll conducted by “Auto Bild”, one of Germany’s largest car magazines, with a score of 1.1. In the state of Baden-Württemberg, the Gmünder car dealership ranks first among Audi dealerships according to the “Auto Bild”, and no other car dealership in the Ostalb region can boast such a good rating among its customers.

Martin Kusatz, Head of Sales at WWG, sees 1.1 as an affirmation for the team, but also as a catalyst for the future. “Customer satisfaction and service is our goal. We work every day to meet our customers’ requirements, but of course ours too.”

Every year, “Auto Bild” starts a survey among car buyers who have bought a new car in the past three years to find out how satisfied they are with car dealerships. Car dealerships can also participate in the survey themselves.

The next level of electric cars: this is how Audi wants...

Frontier: the upcoming late supercomputer, this time with AMD hardware