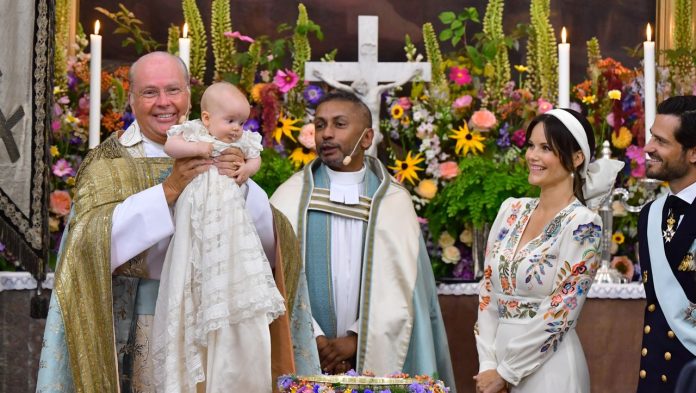 On March 26, Julian, the third son of Prince Carl Philip and Princess Sofia, was born in Stockholm. Now he has been baptized in the chapel of Drottningholm Palace in front of the assembled Swedish royal family.

As can be seen in a photo on the Swedish radio website SVT, the 36-year-old mother carried the four-and-a-half-month-old prince in her arms over the baptismal font while Archbishop Johan Dahlmann performed the ritual. In another picture, the person to be baptized and his brother, Prince Gabriel, can be seen together.

Swedish Prime Minister Stefan Lofven canceled his participation in the celebration at short notice and was represented by the Minister of Justice.

The number seven of the line of succession

Grandson of King Carl XVI. Gustaf, 75, is number seven in the Swedish line of succession after Crown Princess Victoria and her children Princess Estelle and Prince Oscar as well as his father and brothers Alexander and Gabriel.

Carl Gustaf decided in the fall of 2019 that some of his grandchildren should no longer formally belong to the royal family. This means that the descendants of Princess Madeleine and her husband Christopher O’Neill, Carl Philip and Sophia do not have to exercise royal official duties at the highest level.