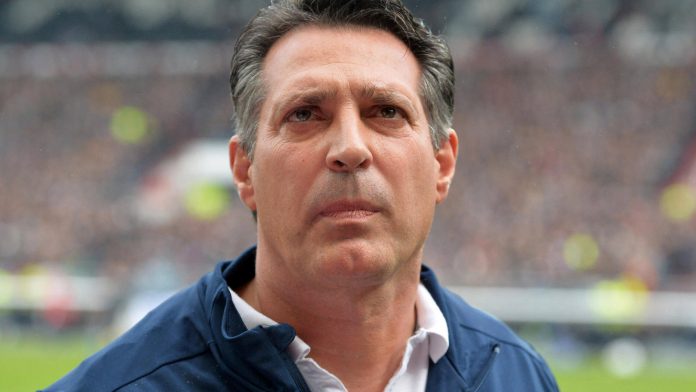 A surprise in the second

over there! SV Sandhausen is bringing Alois Schwartz back to work as a coach. Schwartz left the club in 2016, but hasn’t found his coaching luck anywhere else.

Alois Schwartz returns to SV Sandhausen and is now the head coach of the second-tier football club. The club announced, Wednesday, via social media. The Sandhausen-based company initially did not provide any information about the 54-year-old’s contract details, and the bus will be presented “soon” at a press conference.

Schwartz succeeds coach duo Gerhard Klepinger and Stefan Kolovitz at SVS, from whom the club split on Tuesday night. Sandhausen, after seven days of matches, is only four points clear of the relegation zone. Recently, the team suffered three consecutive defeats.

Schwartz already played 108 competitive games on the Sandhausen coaching bench from 2013 to 2016. The Nortingen native last sponsored Karlsruher SC before his release in February 2020. The first assignment for his old and new employer is for Schwartz next Sunday (1.30pm/Sky) with the first leg At the 12th table in Hannover 96.