Home World South African press report: According to the authorities, the December birth is... 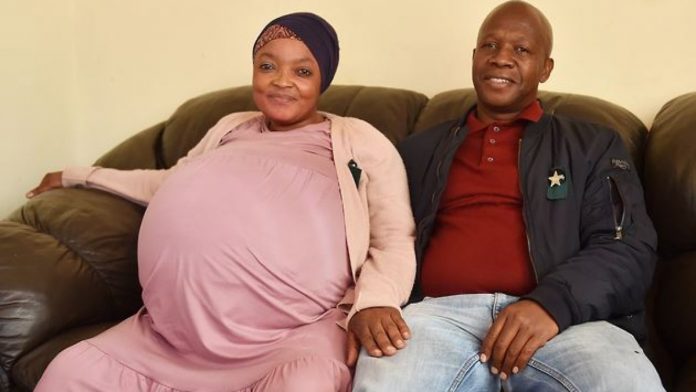 According to the authorities, the ten-part birth is fake

At the beginning of June, a South African newspaper reported the birth of ten children. But doubts arise quickly. Now the authorities say: the story is fake.

According to the South African authorities, a media report about the alleged birth of ten children to a 37-year-old was fabricated. The provincial government responsible for the greater Johannesburg and Pretoria region issued a statement that evening that a medical examination of the woman had ruled out a recent birth.

“It was also found that she had not been pregnant recently,” the letter read. The county government is deeply concerned about the behavior of Pretoria News, the editor-in-chief and the newspaper’s media group. The Public Prosecutor’s Office is now responsible for the relevant investigations.

On June 8, the newspaper reported, citing the pair in an exclusive story about multiple births, calling it a new world record. Gosiama Thamara Sithole, who is already a mother of twins, is said to have given birth to the babies at an unnamed hospital in Pretoria in the normal way and also by Caesarean section. Her husband, Tibogo Tsottsi, from the town of Tembisa, told the newspaper that his wife gave birth to three girls and seven boys after she was seven months and seven days pregnant. Media around the world picked up the exclusive story for the first time.

The newspaper had indicated that it had spoken to the family a month ago, but had waited until after the birth to publish it at their request. The photo showed a woman with a round stomach sitting next to her husband and talking about her supposed pregnancy.