Home Top News Severe weather in the Netherlands: One person dies in hurricane 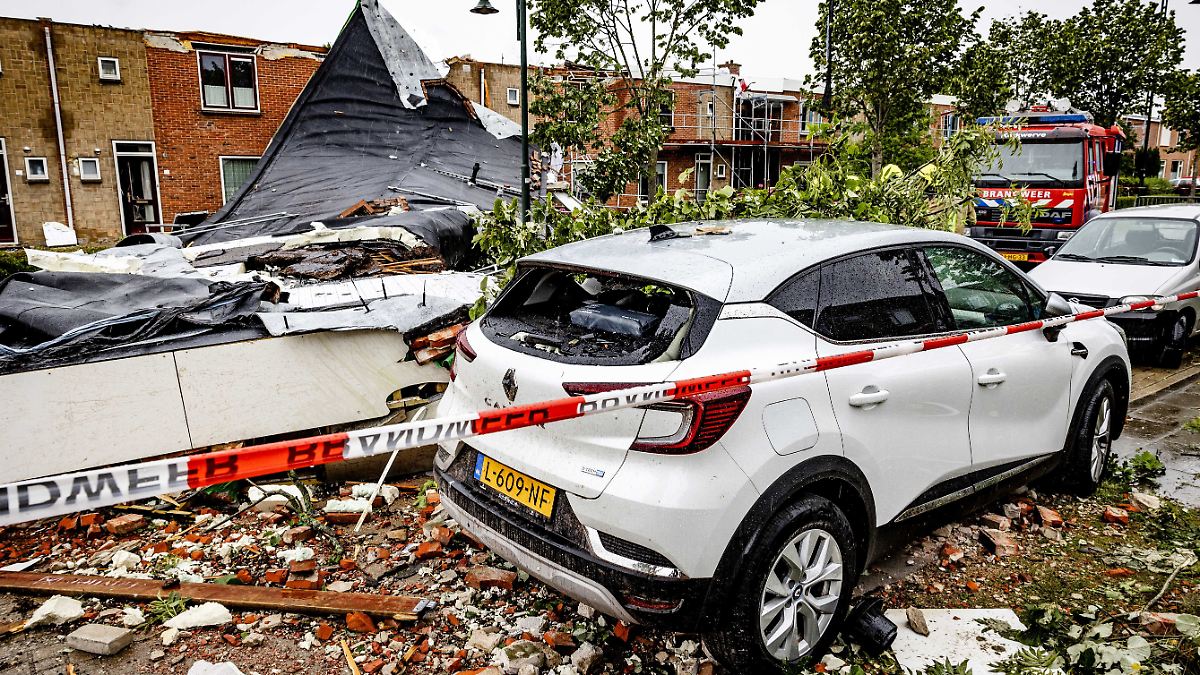 Storm in the Netherlands
Man dies in hurricane

In the Dutch city of Zierikzee, a hurricane smashed the roof of a church and blew trampolines into the air. Property damage is not the only one. A tourist was killed when a roof tile hit his head.

One person has been killed and seven others injured in a typhoon in the Netherlands. Emergency services in the southwestern Netherlands said the damage was “significant on some streets in Jericho.”

According to the local newspaper Provinciale Zeeuwse Courant, the dead man was a tourist who was hit in the head by roof tiles in the port area of ​​the city. One person was hospitalized with injuries and others were being treated at the scene, emergency services said. The front of a house was reported to have collapsed.

The Dutch public broadcaster NOS announced that the hurricane had blown off the roof of a church and thrown trampolines into the air. Rescue workers have called for people to stay away from the affected area so as not to disrupt police and fire brigade operations. There is also a risk of falling roof tiles and branches. On average, the Netherlands experiences several hurricanes per year. According to the NOS, the most recent previous hurricane with deadly effects was decades ago. So this happened in 1992.

Severe storms with at least three hurricanes in Germany in late May injured more than 40 people in the east of northern Rhine-Westphalia and caused millions of damage. The city of Federburn was badly hit, with 43 people injured, police said. The epicenter was reported below the Pacific Ocean floor, however; no tsunami alert was issued.