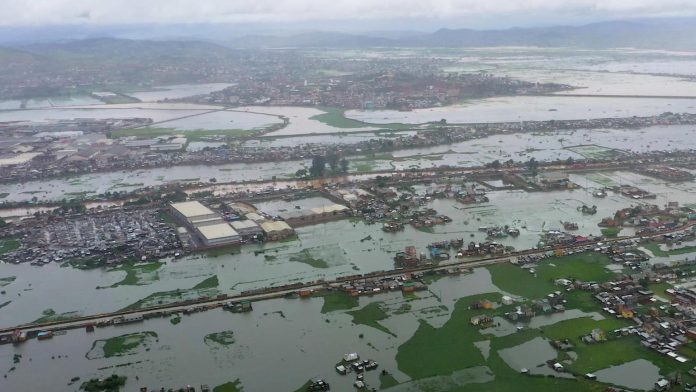 At least 46 people have died in a tropical storm in East Africa. Madagascar has been particularly hard hit: torrential rains there caused mudslides and floods.

At least 46 people died in three East African countries when Tropical Storm Anna passed. The island state of Madagascar was hardest hit, with local authorities saying on Tuesday that 39 people had died in the storm and nearly 65,000 others had been displaced. Three deaths were reported from Mozambique and four from neighboring Malawi.

The storm formed on the east coast of Africa’s largest island, Madagascar, late last week. Heavy rains caused floods and mudslides that destroyed many homes in the capital, Antananarivo. According to the Civil Protection Authority, tens of thousands of people have been displaced by the storm.

Half a million people were affected in just three provinces

On Monday, Anna hit the African mainland and also caused torrential rains in Mozambique. The Civil Protection Agency reported three dead and about 50 injured on Tuesday. The government and UN agencies estimated that a total of 500,000 people could be affected in three provinces.

In neighboring Malawi, the storm swamped large parts of the country on Monday night. The utility company for electricity generation was forced to shut down its generators temporarily due to the floods.

Nearly 100 deaths due to super typhoon in the Philippines