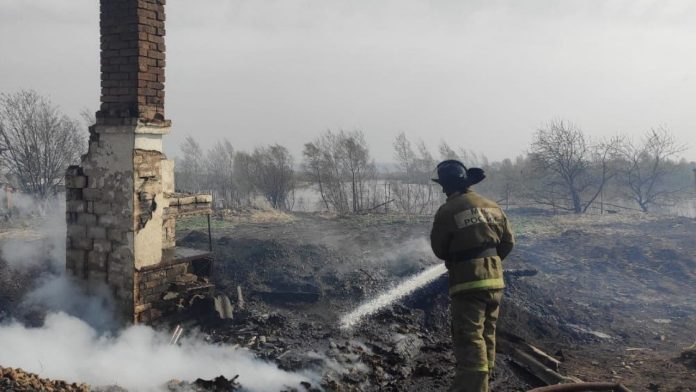 The Krasnoyarsk region of eastern Russia has declared a state of emergency due to severe forest fires. Large areas were set ablaze, and many homes were destroyed. At least ten people are believed to have died.

According to the fire department, at least ten people have died in large forest fires in Siberia’s Krasnoyarsk region in eastern Russia. The Interfax news agency, citing the regional civil protection, said the fires have now affected several towns in 12 districts in the region.

In Krasnoyarsk, more than 450 buildings caught fire and at least five people were killed, according to the region’s Ministry of Emergency Response. And in the neighboring Kemerovo Oblast, three bodies were found in a burnt house. There were reports of two dead and eight wounded from the Omsk region.

According to the authorities, a criminal investigation has been opened into the fire that broke out in Kemerovo. The region’s governor, Alexander Uss, said after an emergency meeting that the fires that broke out in Krasnoyarsk, including a kindergarten and sawmills, are believed to be caused by unusually high winds.

Due to violent forest fires, the Krasnoyarsk region declared a state of emergency. The firefighting work became more difficult due to the high winds. Authorities said the fire was started in part by trees falling on high voltage lines, causing a short circuit. The regional administration has set up emergency shelters for the residents of the affected areas.

EU citizens in the UK are concerned after the UK government’s...