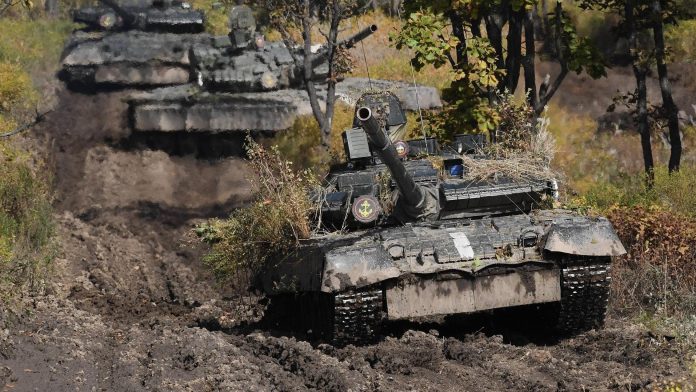 In the Ukrainian conflict, the fronts between Russia and the United States have hardened. Instead of withdrawing troops from the Ukrainian border, the Kremlin caused more soldiers to appear. An important meeting yet to come.

Russia Talks about security in Eastern Europe coincided with tank maneuvers near Ukraine And Belarus seem. About 3,000 soldiers are taking part in the exercises in Voronezh, Belgorod and Bryansk regions near Ukraine and in Smolensk near Belarus, Interfax news agency reported, citing the Russian military. Previously, the spokesman for the President’s office in Moscow, Dmitry Peskov, was not very optimistic about the course of the first talks on Monday.

The background to the tensions in the region lies, among other things, with the deployment of nearly 100,000 Russian troops to the Ukrainian border. the United States of America And many European countries warn of the invasion of Ukraine. The government in Moscow denies the invasion plans.

While the United States demands the withdrawal of Russian forces from the border, Russia insists that NATO pledge not to include Ukraine in the military alliance and not to expand eastward.

The United States has not yet seen any efforts to reduce tension through Moscow prior to NATO consultations with Russia. The US ambassador to NATO, Julian Smith, told CNN on Tuesday that Russia still has about 100,000 soldiers on the border with Ukraine. We think they have plans to push more troops forward. There are currently no “clear signals of de-escalation” from Russia.

Representatives of the United States and Russia met for bilateral talks in Geneva on Monday. in a Ukraine crisis But there was no approximation.