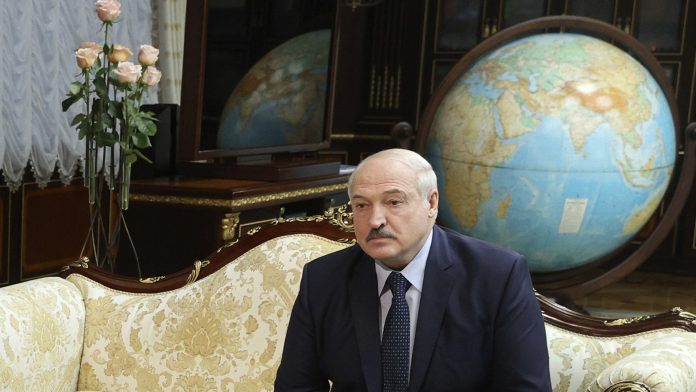 Meat, vegetables, sweets and salt: Belarus has imposed a ban on food imports from many Western countries. Governor Lukashenko responds to the recent sanctions against his country.

Belarus announced a ban on food imports from a number of Western countries in response to the sanctions. Belarusian authorities have published a long list of foods, including meat, dairy products, vegetables, sweets and salt, that will be banned from the European Union, the United States, Canada, the United Kingdom and Norway from January.

According to information from Minsk, other products may be added. “Retaliatory measures were taken amid continuous attempts by the entire West to apply illegal sanctions pressure on our country,” the government said.

“Importers, manufacturers and retail chains will focus on replacing goods that are not made in Belarus with shipments from friendly countries.” However, some products such as baby food were excluded from the ban “in the interest of Belarusian citizens”.

Since the controversial presidential elections in Belarus in August 2020, Western countries have imposed a number of sanctions against representatives of the Belarusian government, organizations and companies. Last week, in coordinated action by Europeans and North Americans, more sanctions decisions were taken due to the migration crisis at the EU’s border with Belarus. The European Union accuses Belarus Governor Alexander Lukashenko of targeting migrants from the Middle East at the European Union’s borders. Minsk rejects this.

Previous sanctions had been imposed for allegations of electoral fraud and harsh measures by the Belarusian authorities against demonstrators and government opponents.

With a ban on food imports, Lukashenko is doing the same as his ally, Russian President Vladimir Putin. Moscow also banned imports of agricultural products from the European Union in 2014 in response to Western sanctions in the Ukraine crisis.