Home World Published tax return: This is how much money Joe Biden made in... 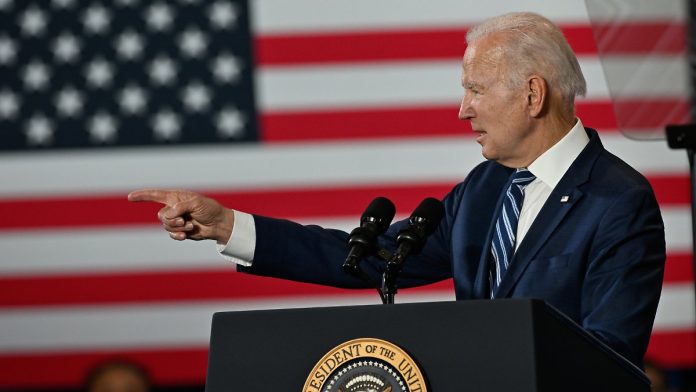 Contrary to the practices of high-ranking politicians in the United States, his predecessor Trump refuses to announce his earnings. However, US President Biden sticks to tradition and discloses his income and taxes.

US President Joe Biden and his wife Jill earned $610,000 (565,000 euros) last year. That’s according to Biden’s 2021 tax return, which the White House routinely releases. The couple paid a total of about $184,000 in taxes. The government center confirmed that Biden has submitted 24 years of tax returns to the public so far.

Publication of tax returns is part of US policy for the president and other high-ranking politicians. Biden’s predecessor, Donald Trump, has long refused to follow this tradition as president.

Trump has long been embroiled in lawsuits related to his financial and tax records, and he goes to great lengths, in a variety of ways, to prevent disclosure of the documents. So critics doubt that he has something to hide. In 2020, in the middle of the presidential campaign at the time, the New York Times reported that the Republican had barely paid any taxes for years. Trump denied it.

According to the White House, US Vice President Kamala Harris and her husband, Doug Imhoff, reported income of about $1.66 million (€1.54 million) for 2021, on which they paid about $700,000 in taxes. The New York Times wrote that income from the sale of the property and from Harris’ memoirs contributed to the two’s income. In 2019, the two earned a total income of nearly $3.3 million. Harris was a senator at the time, and Imhoff had a lucrative job as a lawyer.