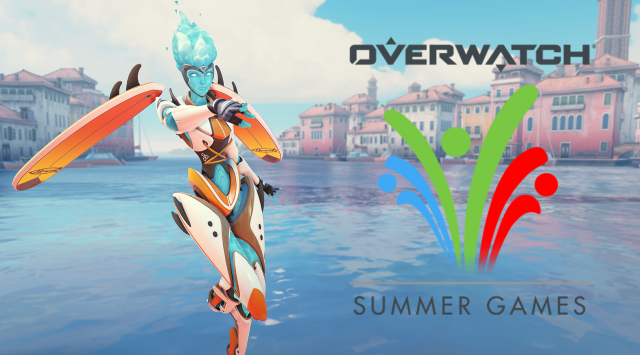 Filling a bathtub? check. Spreading sand on the ground? check. An umbrella in an iced cocktail? check. It looks like you finished the preparations in time. The annual Summer Games event kicks off today in Blizzard’s multiplayer Overwatch.

What can you look forward to at the Summer Games event?

As always, this means: new skins, emotes, sprays, maybe a funny game mode or another – most likely. Blizzard has officially announced only three new skins so far. There was a short video on Twitter Impressive, but then each of the decks was given a video of its own.

Symmetra slips on in a mermaid costume, while Mei appears as an ice cream seller with a legendary skin. Ash and Bob also threw themselves in summer outfits: Ash rocks a summer straw hat and lets Bob shine on the beet with his inflatable flamingo. Anyway, the three skins presented make you want more and let’s wait anxiously for what comes next in the course of the action.

The Summer Games event takes place from July 20 to August 10 this year. If you succeed as you did in previous years, you can look forward to weekly challenges and related rewards. Summer Games skins from past events are also celebrating their return. So you don’t have to wait long, but take a chance!