Home World Opening of a 6.5 billion euro theme park: with the rollercoaster ride... 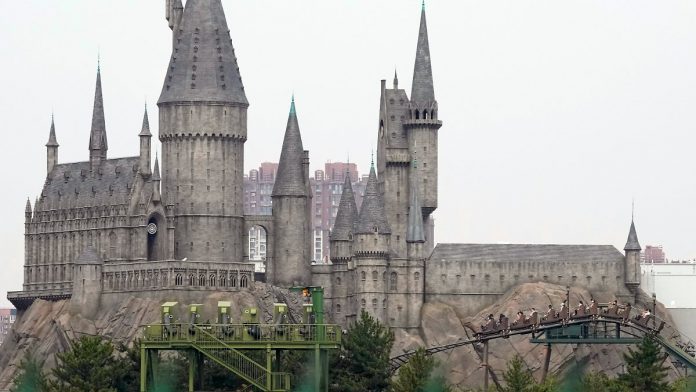 Opening of a park of 6.5 billion euros

Passing Hogwarts on a roller coaster

Harry Potter, Transformers, Kung Fu Panda: It’s all about these and other themes at Universal Studios’ newly opened theme park. Located near Beijing, it will be the group’s largest park – and will open under strict conditions due to the epidemic.

The world’s largest theme park at Universal Studios has opened its doors to invited visitors in Beijing. After a “soft opening,” the Hollywood giant’s park in the Chinese capital is set to come into full operation on September 20, a day before the Chinese Mid-Autumn Festival. It is expected to have more than ten million guests and generate sales of ten billion yuan, equivalent to 1.3 billion euros, annually, according to state media.

According to media reports, the investment is estimated at 50 billion yuan, equivalent to 6.5 billion euros. It is the fifth Universal Studios theme park in the world after Hollywood, Orlando, Singapore and Osaka, the third in Asia and the first in China. With an area of ​​four square kilometers, it is also the largest in the world. Construction started in 2015.

Because of the pandemic, the opening has been postponed for several months. Although China is barely counting today’s coronavirus infection, visitors should continue to wear masks as a precaution, identify themselves as harmless through a health app on their mobile phone, measure fever and keep a distance. The most populous country, in which the virus was first detected in December 2019, has been following a very successful policy of eliminating Covid with very strict measures for more than a year.

During the pilot phase, the shows will initially open to invited visitors, who are selected from partners, employees and their families, only gradually. After the regular opening, additional tickets must be booked in advance of the visit. The flow of visitors will then be controlled according to the guidelines for the prevention of Covid-19, the park announced.

With the Hollywood theme park, the Chinese capital has other tourist attractions. Immediately after the resort’s opening date was announced, search requests on online travel platforms doubled, state media reported.

The new theme park competes with Disneyland in Shanghai and Hong Kong as well as a large number of Chinese theme parks, including “Happy Valley” in Beijing, which has been operating for 15 years and is only 17 kilometers away on the same subway line.

Despite the deteriorating political relations between China and the United States, the project that began 20 years ago is a “demonstration project for Sino-US cooperation in the private or business sector,” according to Song Yu, president of the Beijing Tourism Group. The China Daily said that the park’s major shareholders.