Home World More than 40 degrees Celsius: 25 dead in India due to extreme... 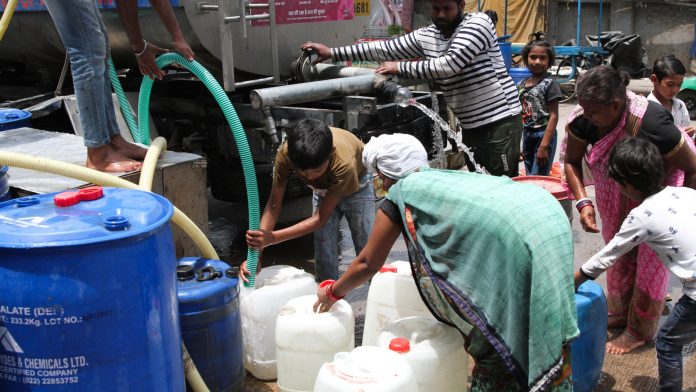 India is suffering from a severe heat wave that has claimed at least 25 lives. In neighboring Pakistan, there is a risk of flooding due to the severe melting of snow. There is no sign of relaxation in either country.

In India, extreme temperatures have claimed more than twenty lives in Maharashtra alone, in the capital, Mumbai. A state spokesperson said that since the end of March, 25 deaths have been attributed to heat stroke. There have not been many deaths from heat for more than five years.

Most of the victims are in rural areas. There are likely to be other heatstroke victims in other parts of the country. Temperatures over 40°C have been measured recently in many areas. In Subarnapur, Odisha, the thermometer rose to 43.2 degrees.

The fire department said some landfills across the country were on fire – due to heat and a build-up of gases. In the capital, New Delhi, the landfill in Phalswa burned for several days, blanketing the area in toxic smoke. Some schools in the area were forced to close their doors. And the television station “India Today” reported that children and the elderly in particular suffer from breathing problems due to gases.

Firefighters in New Delhi check a fire at a landfill site in Pahlswa. The landfill, which covers an area of ​​more than 50 football fields and has a pile taller than a 17-story building, caught fire from the intense heat.

The World Meteorological Organization recently warned that extreme heat is affecting hundreds of millions of people in densely populated countries like India and Pakistan these days. Temperatures around 45 degrees are not uncommon in the region. But it’s usually not that hot in late April or early May.

See also  After a headless corpse was found - a roommate confessed

This was also confirmed by an analysis by Maryam Zakaria and Frederic Otto of Imperial College London. Zakaria explained, “Before the increase in global temperatures, we would have faced the heat that India has been exposed to this month about once every 50 years.” Now such an event happens every four years. As long as greenhouse gas emissions are not stopped, it will happen more frequently.

Heat leads to a significant increase in energy consumption. Coal stocks, on which India depends heavily, are not full. This has recently led to power outages for so long that even wealthy families who can afford air conditioning cannot always hope for cooling.

In view of the heat, major wheat producers are also threatened by crop failure. In the Indian states of Punjab, Haryana and Uttar Pradesh, there was a 10 to 35 percent decline in the wheat crop due to the early heat wave, The Economic Times reports.

In the neighboring country of Pakistan, the authorities have warned of floods due to the rapid melting of snow on the Hindu Kush mountains.

The provincial government has put the Civil Protection Authority on alert. According to Pakistan’s Minister of Climate Change, Sherry Rehman, the amount of rain this year was more than half what it was in previous years.

After all, the weather services of the two countries announced a certain calm in many areas and light rain at the beginning of the week. However, higher-than-normal temperatures are expected in various regions soon, according to weather services in both countries.

Queen Elizabeth Walks On A Stick – Generous Even With A...