Home World Mexico: People near the US border saved from unscrupulous smugglers 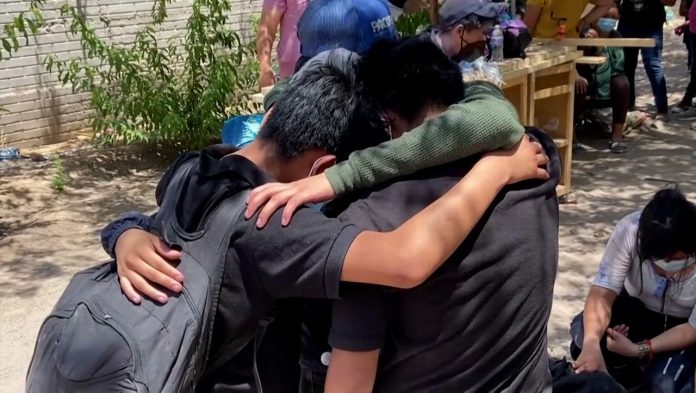 Ciudad Juarez, Mexico
Authorities here found 206 refugees in the Mexican border town of Ciudad Juarez. They come from Central America. They locked human traffickers in rooms like this against their will.

Raúl Avila, Public Security Secretariat
They were crammed into small wooden huts and lived here in inhumane conditions. The rooms were completely packed. The temperature in the city was exacerbated by the body heat of dehydrated people. Fortunately, we were able to save people. We’ll take care of them now.”

Edwin, fled from Guatemala
“I am frustrated that we came across such a difficult road to get there. Unfortunately we did not succeed. We don’t know what is happening to us now. It is in the hands of God and we hope he continues to protect us.”

People will initially wait in Ciudad Juárez for the next steps. The Mexican border city is known for its high crime rate. And the place is getting tighter: the US border police deport about 100 illegal immigrants here every day.
US President Joe Biden has ordered Vice President Kamala Harris to find a solution to the refugee problem. And Harris became clear in Guatemala:

Guatemala City, Guatemala – 7. June 2021
Kamala Harris, US Vice President
“I want to say very clearly to people here in the region who are considering the perilous journey to the US-Mexico border: Don’t come. Don’t come.”

Currently, the number of refugees is rising very significantly on the southern border of the United States: in May, the US authorities recorded 180,034 illegal crossings – more than 20 years ago.