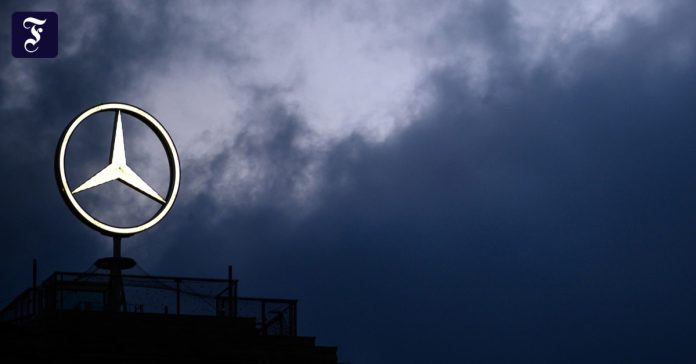 Mercedes-Benz warns its customers not to use more than 800,000 of its diesel vehicles. A spokesman said the risk of fire could not be ruled out. Corresponding cases have already occurred with the affected component, according to the company, which is why the recall is being conducted.

Cars are being called to workshops in waves, and the first vehicles will be fixed in mid or late January. “In the meantime, the vehicle affected by the recall should be driven with extreme caution and restricted use to the minimum required.” The group recommends that owners of affected vehicles “contact the nearest Mercedes-Benz Service Partner” immediately.

According to the spokesman, more than 100,000 cars will be repaired in the first wave. Work in the workshop took about 60 minutes.

The recall applies to several diesel combinations: GLE / GLS, GLC, CLS, C-, E-, G- and S-class. The spokesman confirmed that the gasoline engines were not affected. It’s about diesel cars built between 2017 and 2021, it says in Retrieve the database of the Federal Automobile Transport Authority. Approximately 850,000 cars will have to be recalled worldwide, and it is likely that about 240,000 cars will be affected in Germany. According to the Federal Motor Transport Authority, Mercedes posted the recall on November 15 last year.

Reason for increased fire risk: The coolant pump could be leaking, the spokesperson said. The problem here is a “switch valve” that, according to the FTA, must be replaced. In addition, Mercedes is conducting a software update.

However, it may not be easy for the group to make repairs. According to the spokesperson, it depends on which version of the software is nearing completion and the availability of parts. “The procedure cannot begin at this time because the parts required are not yet available,” it said in a piece of information sent to customers in December cited by Bild. Anyone who sold the vehicle in the meantime should send the warning to the buyer.

The company’s stock did not respond to the stock pull on Wednesday and traded slightly in positive territory. The group did not wish to provide any information about costs. Manufacturers have to repeatedly recall a large number of vehicles to workshops. However, it is less common for manufacturers to advise people to leave their cars there.