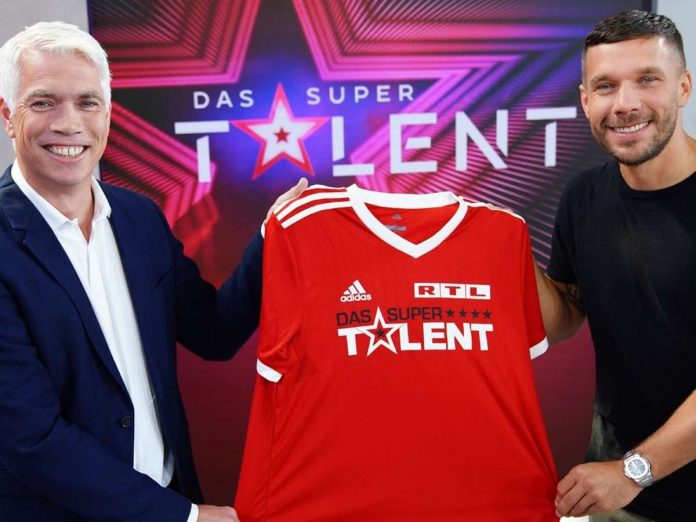 Football star Lukas Podolski is the first new juror for “Das Supertalent”. The RTL channel has now confirmed this. More broadcasts with him to follow.

World football champion Lukas Podolsky (36 years old) became a member of the jury of “Das Supertalent”. This was confirmed by RTL radio on Tuesday, June 29th. The 36-year-old will be taking part in the show starting in the fall. As part of a “far-reaching cooperation”, Podolsky will also participate in “other entertainment shows as well as in the sports sector”.

“I’ve always enjoyed watching ‘Das Supertalent’ with my family, and will now soon be sitting in the jury chair myself,” Podolsky says happily. “I am looking forward to these and other challenges in my new team. This is in my hometown of Cologne.” At the press conference about his new job, the 36-year-old said he would definitely need some time to start working: “It’s something new.” Among the future nominees, he especially looks forward to the children who perform on the show.

In the fifteenth season of “Das Supertalent”, the football player will also see talented singers, acrobatics, comedians and funny animal tricks. The casting tour continues through July 10. RTL will soon announce who will be on the judging panel alongside Podolski.

In March, it became known that 67-year-old pop titan Dieter Bohlen will not be a member of the jury for “Deutschland Likest den Superstar” and “Das Supertalent”. (also on TVNow) will sit. “What he’s achieved in recent years has been great,” Podolsky explained, “but now there’s a new direction and new people on the show.”