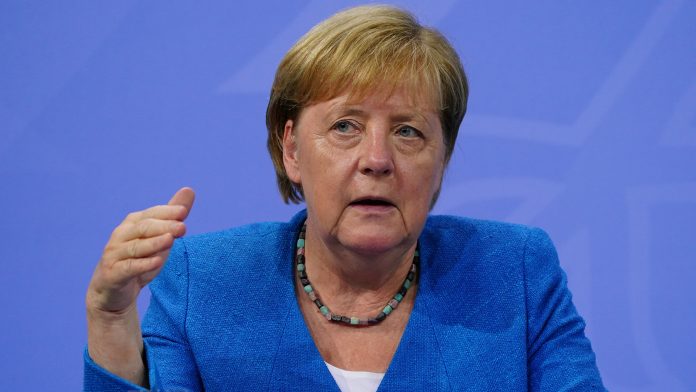 The situation for migrants at the border with Belarus remains dire. Chancellor Merkel has now spoken to Governor Lukashenko again – despite Poland’s harsh criticism of their initial conversation.

Merkel stressed the need to provide humanitarian care and return opportunities for those affected in cooperation with the United Nations High Commissioner for Refugees and the International Organization for Migration (IOM), according to Seibert. In addition, it must work with the European Union Commission. The Belarusian side expressed itself similarly.

According to German news agency (dpa) information, Merkel also said at the meeting of the Parliamentary Union Group in Berlin that the talks revolve around humanitarian aid in the region. Merkel made it clear that it was not a bilateral problem between Germany and Belarus. It is located around Belarus and the European Union.

Criticisms after the first conversation

Merkel and Lukashenko made a phone call only on Monday, which was met with sharp criticism in Poland. Polish government spokesman Piotr Mueller said the conversation was “not a good step”. It was “somehow” accepting Lukashenko’s choice. President Andrzej Duda also stressed that his country would not accept any agreements concluded without his participation.

The conversation was the chancellor’s first with Lukashenko since the controversial presidential election in Belarus on August 9 last year. The European Union no longer recognizes Lukashenko as president. The background to this is widespread allegations of electoral fraud and actions of the Belarusian security forces against peaceful demonstrators and civil society.

The German government defended Merkel’s decision against criticism from Poland. “This call was conducted in close coordination with the European Commission and after important partners in the region were also informed in advance,” government spokesman Stephen Seibert said.

The situation of migrants at the border is tragic. “In order to improve this disturbing humanitarian situation for thousands of people, it makes sense to talk to those in Minsk who have the opportunity to change this situation – even when it comes to a ruler whose legitimacy Germany like all other European member states does not recognize. The chancellor had represented known European positions in the conversation.

Meanwhile, Merkel also exchanged a phone call with Polish Prime Minister Mateusz Morawiecki regarding the worrying situation at the border. Merkel stressed “the full German solidarity with Poland.” The European Union accuses Lukashenko of organizing migrants from crisis regions to the EU’s external borders in order to put pressure on them.

Meanwhile, the Polish parliament has approved a border protection law aimed at temporarily restricting freedom of movement and freedom of the press in the border region. A clear majority of MPs voted in favor of the amendment by the ruling nationalist conservative party, the Law and Justice Party. After voting in the House of Representatives, the first chamber of Parliament, the bill now goes to the second chamber, the Senate. He can make suggestions for changes.

Opposition representatives criticized that the PiS government wanted to permanently block access to critical journalists in light of the crisis surrounding migrants at the Polish-Belarus border. At the beginning of September, Poland declared a state of emergency for a three-kilometer strip along the border with Belarus. Non-residents, journalists and aid organizations are not allowed to enter this area.

See also  After controversial elections: an attempted coup in Guinea

Merkels on the phone again with Lukashenko – Seehofer in Poland

Australia suffers from historic rat plague – the forbidden poison should...