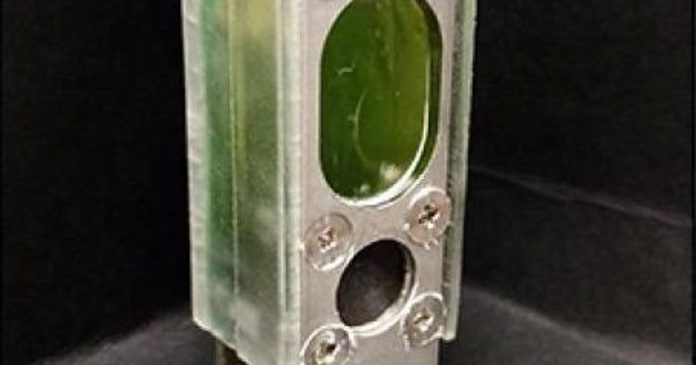 British researchers used algae to power a small computer. For a year, the computer has been calculating using pure algae and solar energy.

Researchers from the University of Cambridge put On algae to power future mini computers. They connected a microprocessor to an organism of the genus Synechocystis via an aluminum electrode.

Synchronous cyst belongs to cyanobacteria, also known colloquially as blue-green algae. Cyanobacteria are mainly responsible for the fact that there is an oxygen atmosphere on Earth today. The synchronous cyst feeds via photosynthesis, which the researchers benefit from.

as big as the battery

The entire device is the size of an AA battery. The processor is Arm Cortex M0+, which is a microprocessor that is ready to be used in many IoT devices due to its lower power requirements. The small electrical potential generated during photosynthesis is sufficient to power the Cortex M0+.

The algae computer was placed on a window sill where it was exposed to the usual fluctuations in solar radiation throughout the day. However, it is now in a continuous process for a year and at the same time it solves arithmetic problems for presentation purposes.

Electricity even at night

The microcomputer works even at night when there is no sunlight, because Synechocystis’ metabolism is still active. The system is therefore particularly suitable for IoT devices and is even superior to a combination of solar cells and rechargeable batteries, as it is significantly more environmentally friendly.

By 2035, researchers predict that several trillion IoT devices could be operating around the world. There won’t be enough lithium for conventional batteries, so an algae power source is an alternative, the scientists explained.