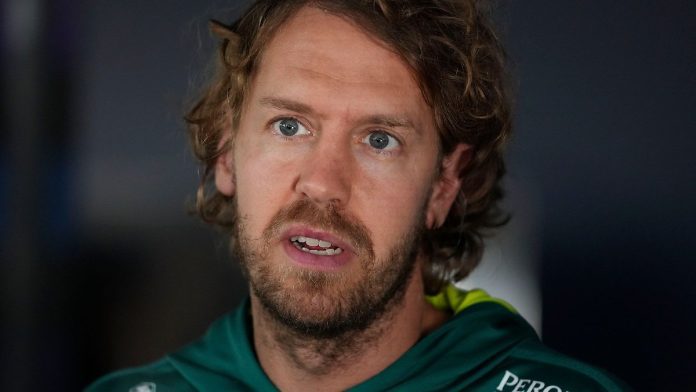 Sebastian Vettel causes excitement ahead of the Austrian Grand Prix. The Aston Martin driver leaves the drivers meeting and is punished for it. Meanwhile, Heppenheimer isn’t the only star to clash with the new F1 stewards.

Frustrated Sebastian Vettel leaves the F1 driver’s session early and receives a penalty for it – but he is not alone with his anger: There has been a major crisis between the new pilots and stewards for a few weeks, and Vettel’s departure has been at Spielberg. Only visible escalation in this matter. Key claims: Insufficient consistency and transparency in the application of the rules.

Since this year, German Nils Fitch and Portugal’s Eduardo Freitas have rotated as race director. They followed Michael Massey, who was also heavily criticized, but the double cast alone creates new problems. As part of the Austrian Grand Prix, Mercedes driver George Russell called for “more consistency in penalties, we come into the race and have a different lineup than the previous event”. It’s hard to get ‘simple answers’. Red Bull driver Sergio Perez also criticized “some inconsistency” and hopes to “rhythm” cooperation.

Toto Wolff, director of Mercedes Motorsport, who was not present at the drivers’ meeting, also reported that drivers were “frustrated” with the discussions: “I heard the topics being discussed are not among the top 50.” Vettel left the drivers’ meeting early Friday evening after a heated discussion, in violation of sporting regulations. The Aston Martin driver was ordered to pay €25,000, but the penalty was suspended for the rest of the season. The fact that Vettel then went to the race director and apologized to him had a mitigating effect.

Round 3 vs Nishikori – slowed down by injury: Laksonen must...

4:5 after extra time at Grizzlies Wolfsburg: Eisbären’s match series in...