Home Tech Kali Linux 2022.2 with a polished and unbreakable look 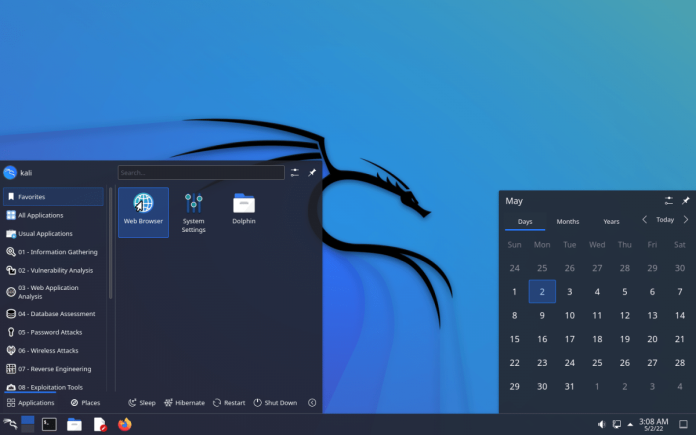 The new Kali Linux version 2022.2 is now available for download. The developers not only made the system look more modern, but also integrated new functions and tools.

Kali Linux is aimed at security researchers who can use the system for security tests in networks or for forensic file analysis, among other things. Kali Linux is available in several versions, for example for ARM processors or virtual machines, Downloadable. Anyone who already uses the system can do it too Update to the new version.

The developers summarized the changes made to the previous version in a blog post. Thanks to the latest version of the GNOME 42 desktop environment, the system now has a more modern look. The screenshot and screen recording tools available now should be of practical use.

Alternatively, the KDE Plasma 5.24 desktop environment is available. In addition, thanks to various Xfce tweaks, users can set a default wallpaper for multi-screen environments, among other things.

With support for the BTRFS file system and the snapshot functionality that comes with it, users can now go back in time. If installing a driver, for example, causes errors, you can simply go back to the system state before installing the driver with just a few clicks. The developers call this feature “Kali Unbreakable”.

In addition, the developers have implemented new tools such as BruteShark for network analysis, HTTP toolkit Httpx and Wifi Sparrow-wifi analyzer. Moreover, Kali Linux should work better on ARM devices like Raspberry Pi due to various optimizations.

New heroine Sojourn was introduced in the first gameplay trailer