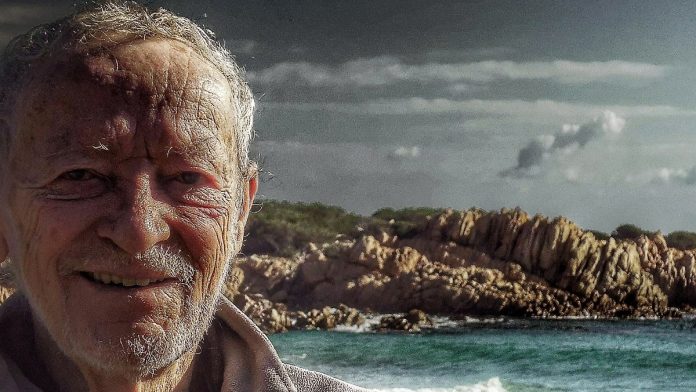 A hermit leaves a deserted island after 30 years

Mauro Morandi’s dream of living alone on an island came true. Almost like Robinson Crusoe, he landed in Budelli, northern Sardinia after problems with his raft. Unlike Crusoe, he has no desire to return to society – but he must now do so.

They “arrived” after more than three decades: in Italy, an 82-year-old hermit is supposed to evacuate the secluded island of Bodilly in the archipelago of La Madalena in northern Sardinia. Mauro Morandi spent 32 years of his life there, as he said in Rome.

But now he has to move away, because the house he used to live in – which is what’s left of the time of WWII – has to be remodeled. So the National Park in the archipelago of La Maddalena asked Morandi to leave the island – it must be at the end of April.

Robinson wanted to get back into society – I didn’t.

In Italy, some call the man from Paradise Island with pink sand “Robinson Crusoe the Italian”, after Daniel Defoe’s account of a sailor who ends up drowning on an island. In 1989, Morandi really wanted to set off for the Pacific Ocean with a raft. However, there were problems with Budelli, and at the same time he was excited about the small island and decided to stay there. Therefore, he does not see himself as Robinson Crusoe. “Robinson wanted to get back into society and I didn’t.”

Due to the lucky coincidence that the guardian of the island changed, Morandi was able to take up the task there. However, over the years, there were more and more disputes with the authorities because he expanded the house without permission. “I’m really tired of all this stuff now,” said Morandi, who already comes from Modena in the Emilia Romagna region in northern Italy.

According to him, the island will become a research center. A corresponding request for the National Park has not been answered. Morandi, whose children still live in Modena, now wants to move into a small apartment on the main island of La Madalena, he said – but to the fringes. He still needs to be in touch with nature, and it is better if he lives alone.

After the President’s Trial: Protesters in Peru storm the airport