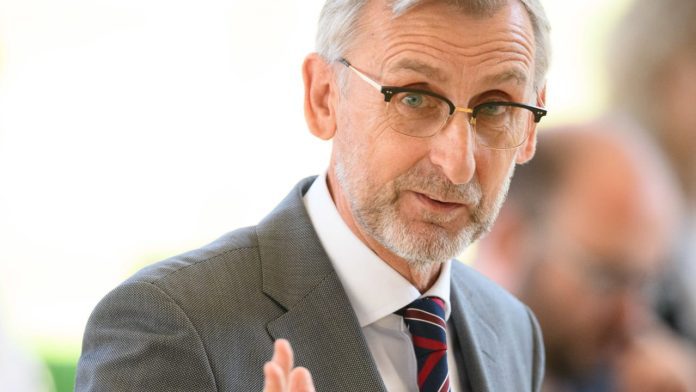 Dresden – The flow of immigrants to Saxony has been increasing for months – mainly via the Balkan route. Free state and municipalities send an SOS. Recording capabilities are exhausted. But Saxony’s cries for help went unheeded.

Saxony’s interior minister, Armin Schuster, 61, spoke out at a CDU event, calling for a change of asylum to Germany.

► This includes the continued protection of European external borders and the expansion of the list of safe countries of origin. When asked by BILD, Schuster mentioned above all Tunisia, Georgia, Algeria and Morocco.

Schuster also proposed “a preliminary asylum check with the EU-BAMF at external borders” – along with readmission agreements based on the EU-Turkey model agreement.

In view of the 56,000 Ukrainian refugees and the thousands of migrants who come to Saxony via the Balkan route – as well as various special programmes, such as refugees from Afghanistan – Schuster advocates that all special programs for refugee admissions be “at least suspended”.

Schuster told Bild: “Otherwise, the humanity and order of years past threaten to come out of joint.”

In the end, according to the Minister of the Interior, border control with the Czech Republic and Poland will also be “a last resort” – if our neighbors continue to cross refugees.