Home science In England, vaccines are three times less likely to be positive 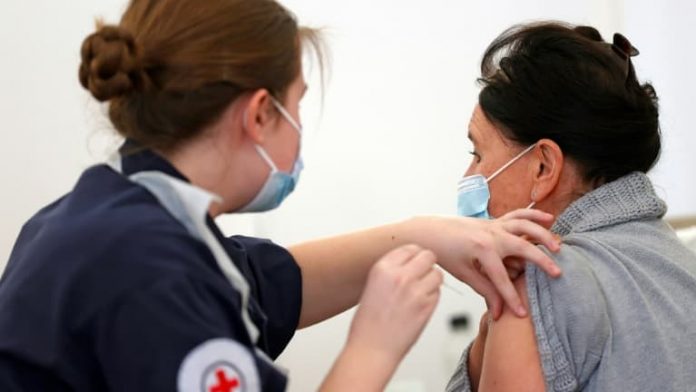 This is the result of a study conducted by Imperial College London and Ipsos MORI on more than 98,000 volunteers between June 24 and July 12. It also shows that people who have been fully vaccinated are less likely to transmit the virus.

According to the latest findings released on Wednesday from a large study in England, people who have been fully vaccinated are three times less likely to test positive for Covid-19 than those who have not been vaccinated.

The results of this study, conducted by Imperial College London and Ipsos MORI on more than 98,000 volunteers between June 24 and July 12, also showed that fully vaccinated people are less likely to transmit the virus.

“But there is always the risk of infection, because no vaccine is 100% effective,” he added, calling for “caution.”

73% of the English population have been vaccinated

The report also says the number of infections has quadrupled from the last report released in late May, with 1 in 160 people infected, but progress appears to be slowing.

These numbers do not take into account the lifting of most restrictions that took effect on July 19 in England, despite the explosion in the number of cases attributed to the delta variant, which is more contagious.

The latest estimate from the Office for National Statistics (ONS), which covers the week ending 24 July, found that one in 65 people in England is infected. Across the UK, where 73% of adults are fully vaccinated, the pandemic has claimed nearly 130,000 lives.

How holding a pen can provide information about Alzheimer’s risk